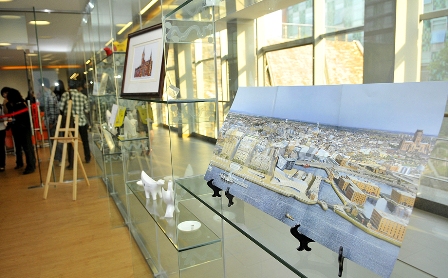 A room which celebrates the city of Liverpool has opened at Xi’an Jiaotong-Liverpool University (XJTLU) in China.

The ‘Liverpool room’ has been established to give visitors, students and staff at XJTLU the opportunity to learn more about Liverpool and recognises the strong links between the city and XJTLU, Suzhou Industrial Park and China.

XJTLU is an independent Chinese university that fuses best practice in Western and Chinese Higher Education, to produce graduates who are well placed to succeed in a global economy. Established by the University of Liverpool in partnership with Xi’an Jiaotong University in 2006, XJTLU is based in Suzhou Industrial Park (SIP), one of the most economically dynamic and open areas of China with growth rates regularly over 30% annually.

Items on display in the Liverpool room include a signed Liverpool Football Club football shirt, a football signed by Everton Football Club, a replica Victorian tile from the University of Liverpool’s Victoria Gallery & Museum and a selection of model Superlambananas.

Also on display is a copy of Ben Johnson’s Liverpool Cityscape which was commissioned for the European Capital of Culture 2008. Films from Liverpool’s Shanghai World Expo 2010 pavilion are shown on screen and a 2D version of the pavilion’s showcase 3D film is projected onto a wall.

Professor David Sadler, Vice-President for Academic Affairs, at XJTLU said: “Our Liverpool room showcases our important links with the city. It will be a valuable resource for students, staff and visitors to learn more about Liverpool, its culture and its heritage. We look forward to the displays in the room evolving as the city changes and develops.”

The Liverpool room was officially opened by Nick Small from Liverpool City Council and Mike Taylor from Liverpool Vision. A plaque was unveiled to mark the occasion and a commemorative picture of The Blue Funnel Ship in the River Mersey, which represents the first link between China and Liverpool, was presented to XJTLU on behalf of the Liverpool Chinese Community.

Mike Taylor, deputy chief executive of Liverpool Vision, added: “This is an important legacy from the city’s participation at World Expo 2010 and will provide the opportunity for students, academics and the many visitors to XJTLU to see the Expo films and the exhibits that represent Liverpool’s wider culture, history and business environment.

“It’s very much in line with our ambition to build on our Chinese relationships in the invest, work, study, live and visit elements of the city’s economy.” 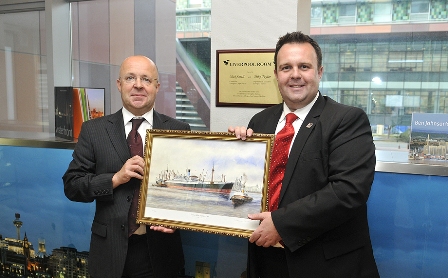