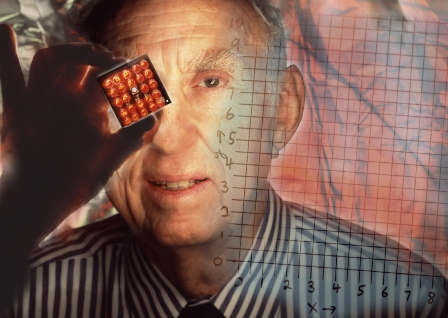 Nobel Laureate, Professor Martin Perl, has accepted a Visiting Professorship at the University.

Professor Perl won the 1995 Nobel Prize for Physics for the discovery of the tau lepton particle, an elementary particle similar to the electron. He spent his career at the University of Michigan and the Stanford Linear Accelerator Center (SLAC) and currently serves on the board of advisors of Scientists and Engineers for America.

Professor Perl is collaborating with Dr Jonathan Coleman, a Royal Society Research Fellow in the University’s Department of Physics, on an experiment to detect dark energy, previously only seen through cosmological and astronomical observations. The research aims to investigate the nature of dark energy in the laboratory.

Dr Coleman said: “The 2011 Nobel Prize in Physics was awarded for the unexpected discovery that the visible universe is expanding in time – in contrast to the previous assumption that while the size of the universe will continue to expand, the rate of expansion will slow down. This acceleration phenomenon is called dark energy – a term to describe something we know something is driving the expansion.

“We aim to find out the nature of dark energy. Is it an energy field, is it a fluid, or some other phenomenon we have never thought about?”