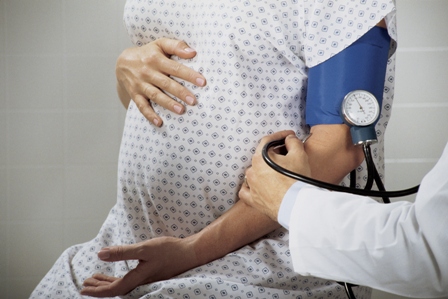 Researchers at the University of Liverpool have found that the strength of uterine contractions in diabetic pregnant women is significantly weaker than in non-diabetic women, increasing the risk of emergency caesarean birth.

In the past 10 years the prevalence of births complicated by diabetes has increased by approximately 50%. There has, however, been very little research undertaken to understand why only a quarter will have a normal vaginal delivery.

Scientists at the University, working with the Liverpool Women’s Hospital, studied more than 100 biopsies of the uterus from pregnant women with and without diabetes. They found that contractions in women who had the disease were not as strong as those in non-diabetic women. To understand why this happens the team looked at possible differences in the changes in calcium within the muscle cells, as this is an essential component of uterine contractions.

Calcium levels in the uterus should rise to allow the muscle to contract effectively. Researchers found, however, that in women with diabetes, calcium levels are significantly reduced. Further investigation revealed that the channels in the cell membrane, that are necessary for calcium to enter the cells, were also reduced. This suggests why the uterus may not contract as strongly as it should in women with diabetes.

Uterus tissue in diabetic women also failed to reach the same levels of contractility as in non-diabetic women when stimulated with the drug oxytocin, a commonly used treatment for women experiencing difficult births. The research suggests why so many pregnancies in diabetic women result in an emergency caesarean.

Professor Sue Wray, from the University’s Institute of Translational Medicine, said: “In the UK approximately 35,000 pregnant women per year have diabetes and some women develop the condition during pregnancy, a condition called gestational diabetes. We know that more than 60% of these women will need a caesarean section in order to deliver a baby successfully.

“These major operations increase the risk of complications and infection, as well as excessive bleeding and haemorrhage. Up until now we have not known why diabetic women suffer such complicated births, but it is important that more work is done in this field to prevent the further increase in emergency caesarean sections.

“Our work shows that calcium in inhibited from entering the muscle cells. This, together with evidence of reduced overall muscle mass, contributes to a poorly contracting uterus in women with diabetes. Future studies to help diabetic women should now focus on why the condition causes these changes in the first instance and if there is any way to stop it from happening.”

The research, supported by Diabetes UK, is published in the journal, Diabetologia.