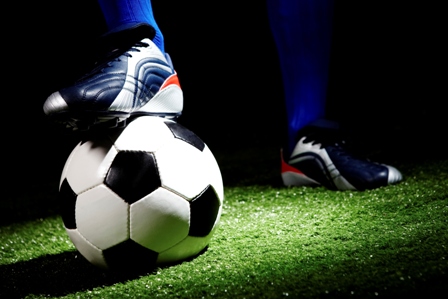 The University of Liverpool is to work with the Football Association (FA) to deliver football-related education programmes, representing the first partnership between a higher education institute and the FA.

The University’s School of Management will work with FA Learning, the educational arm of the FA, to deliver courses such as its Football Industries MBA (FIMBA).

The Football Industries MBA, established at Liverpool in 1997 and the first of its kind in the world, provides the business focus that management positions in modern sport demand and meets the rapidly expanding worldwide interest in the professionalisation, business and marketing of football.

The University will work with the team at St George’s Park, the FA’s £100m development in Burton-upon-Trent which will be the national centre for coach education and the home of FA Learning. The long-term FA Learning vision through St. George’s Park is to offer professional, accredited training, enhancing the skills of the current football workforce and developing the next generation of coaches, referees, medics and administrators.

Professor Murray Dalziel, Director of the University of Liverpool’s Management School, said: “The University of Liverpool is delighted to be FA Learning’s first higher education partner. The partnership will ensure that our MBA (Football Industries) programme continues to lead the professionalism and development of football administration, marketing and management globally. St George’s Park is a fantastic new facility and we look forward to working with the team there.”

David Sheepshanks, Chairman of St George’s Park, said: “We are naturally very pleased to have reached this agreement with the University of Liverpool. It is extremely important for us to have a strong university relationship and in making today’s declaration we can confirm that will be the case.

“I have spoken of our desire to see St George’s Park become a ‘university of football’ and with the support of the likes of the University we will see this potential become a reality. We look forward enormously to working closely together.”

Students who have studied on the FiMBA programme have gone on to work in high level positions across a range of sports including clubs, governing bodies, agencies and consultancy groups in the UK. Europe and across the world

1. The University of Liverpool’s Management School (ULMS) was established in 2002 and formed as a result of the merger of existing departments, institutes and units from across the University. Five divisions were formed within ULMS which represent areas in Accounting and Finance, e-Business and Operations Management, Economics, Management and Marketing and International Business. The Management School’s post-graduate program includes an MBA in Football Industries, which aims to combine professional development with an awareness of the issues involved in football management, marketing and administration.

2. The University of Liverpool is a member of the Russell Group of leading research-intensive institutions in the UK. It attracts collaborative and contract research commissions from a wide range of national and international organisations valued at more than £110 million annually.

3. The Football Association (FA) is the governing body of football in England and is responsible for developing the game at all levels, from grassroots to the international teams. As a not-for-profit organisation, The FA is committed to making football a positive and inclusive experience for everyone involved, from players and coaches to match officials and spectators. The FA runs 24 England teams, including youth and disability sides to the men’s and women’s seniors, as well as eleven competitions such as the world-famous FA Cup. As English football’s governing body, The FA is also responsible for the regulatory aspects of the game, including disciplinary procedures and doping control.

4. St George’s Park is The FA’s £100m development in Burton-upon-Trent, England, which will be the national centre for coach education. A multi-sports facility, it will act as home for Club England and its 24 representative teams. The centre will also be home to FA Learning and the League Managers’ Association. For more information about St. George’s Park, visit: www.TheFA.com/sgp.