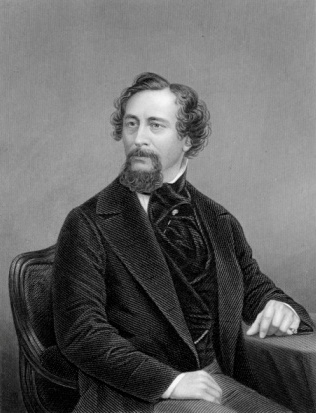 To celebrate the 200th anniversary of the birth of Charles Dickens, the UK and countries around the world will host a raft of cultural events to demonstrate the Victorian novelist’s relevance to modern day society.

Professor Phil Davis, Director of the University’s Centre for Research into Reading, Information and Linguistic Systems (CRILS), has been invited to a reception at Buckingham Palace to mark the anniversary and will also be speaking at the British Library as part of the Reader Organisation’s Penny Readings event, which replicates Dickens’s famous public readings.

Dickens was born on 7 February, 1812 and is celebrated worldwide for the creation of characters such as the Artful Dodger in Oliver Twist, Ebenezer Scrooge in A Christmas Carol, and Miss Havisham in Great Expectations. He is studied at universities for his depiction of poverty, childhood, and morality in Victorian England, but also how his work impacts on, and influences, readers today.

Professor Davis said: “Aside from Dickens’s impact on popular culture, through television and film adaptations, as well as his direct appeal for changes in Victorian social policy, his novels have a greater and more lasting aim to create a more warm and emotional human society. In 2011, for example, the government published two reports, one on child poverty and another on social mobility. Both reports highlighted education, particularly reading and family learning, as a vital way of improving the lives of children living the UK. We know that parents reading aloud to their children is one of the most significant factors leading to later social mobility.

“No one was more concerned than Dickens about families, the relations of parents and children, and the difficult process of growing up and getting on in the world. His novels were serialised in separate monthly parts or in magazines and often read aloud amongst families. The publication of regular instalments meant that a wide cross-section of England was reading the same thing at the same time, as if to make the nation one whole emotional family, which was Dickens’s ultimate ambition.

“Dickens’s work united people across age, class and temperament. The team at CRILS are analysing Dickens’s manuscripts to understand the little emotional changes he made to his works, and to try to initiate a programme of investigation into the psychology of grammar, such as the effect of the shape of sentences on the human brain.”

Background on the Centre for Research into Reading, Information and Linguistic Systems

The Centre for Research into Reading, Information and Linguistic Systems is being led by researchers in literature from the University’s School of English, but will be based in the Institute of Psychology, Health and Society so that psychologists, medics and literary experts can work together to understand the real impacts that reading can have on the health and wellbeing of global communities.

Researchers in literature, health, linguistics, psychology, social anthropology and digital technologies, are collaborating on projects aimed at taking reading practices out of universities and into communities and healthcare professions.

Working with the national charity the Reader Organisation, experts will provide research evidence to show the value of community reading-groups, to inform healthcare policy, and to help the medical profession explore treatments that can be related to the individual patient.