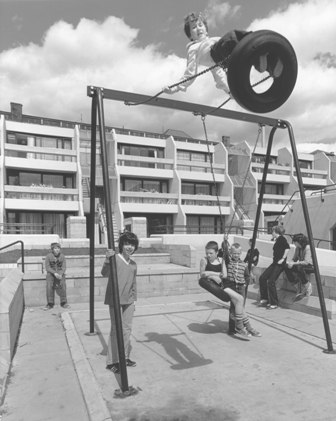 An exhibition based on ongoing research by Mark Swenarton, James Stirling Professor of Architecture at the University, with original photography by Martin Charles, is on show at Bristol Architecture Centre.

Cook’s Camden, London’s great experiment in urban housing demonstrates Mark’s ongoing research into social housing projects which were built in Camden while Sydney Cook was borough architect (1965-73). The exhibition forms part of a social architecture impact case study which may be submitted for the Research Excellence Framework (REF) 2014.

Mark said: “Part of the exhibition was recently shown at one of the housing estates featured, and on a single day was attended by around 200 tenants and residents.”

The exhibition is on until Sunday 25 March.