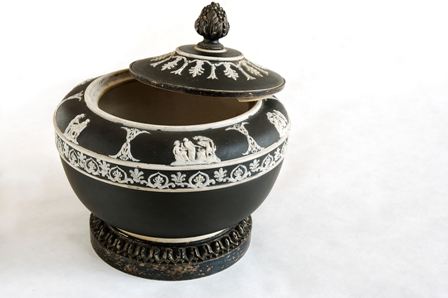 The announcement to uphold a high court judgement that the Wedgwood Museum’s collections could be sold to meet a £135m pension deficit inherited from the Wedgwood Pension Plan Trustee Limited, which went into administration in 2009

“During a period when our government is urging us – its people – to acknowledge the virtue of a manufacturing-lead recovery, it beggars belief that its most senior legal officer feels compelled to warrant the disposal of the last remaining legacy of Josiah Wedgwood, one of this nation’s greatest ever manufacturers.”

“We are deeply concerned at the implications of this decision – a vital part of the nation’s industrial, economic and cultural heritage is now under threat of dispersal, moving overseas or into private ownership. This would be a tragedy – the artefacts and archives of Wedgwood are every bit as important to this country, its history, and its identity as any painting, stately home, or other piece of fine art. The government and other heritage bodies must show the same determination in this regard as they did with the recent ‘rescue’ of Titian’s Diana and Callisto.”