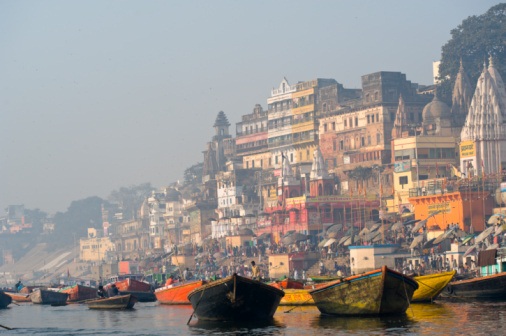 Scientists from the University of Liverpool are working with computer modelling specialists in India to predict areas of the country that are at most risk of malaria outbreaks, following changes in monsoon rainfall.

The number of heavy rainfall events in India has increased over the past 50 years, but research has tended to focus on the impact this has on agriculture rather than the vector-borne diseases, such as malaria and Japanese Encephalitis.

The University’s School of Environmental Sciences is working with the Council of Scientific and Industrial Research’s (CSIR) Centre for Mathematical Modelling and Computer Simulation (C-MMACS), Bangalore, to develop technology that will help decision makers and planners target areas that are prone to large scale climate variability and malaria epidemics.

The number of malaria cases in India has dropped from two million a year to 1.5 million in recent years, but the percentage of the more dangerous form of the disease, P. falciparum infection, has increased in some areas.  The model could help inform early intervention methods to prevent the spread of malaria at key points in the seasonal monsoon cycle, reducing the economic and health impacts of the disease.

Dr Andy Morse, from the University’s School of Environmental Sciences, said: “We already know that an anomalous season of heavy rainfall, when heat and humidity are high, allows insects such as mosquitoes to thrive and spread infection to humans.  In order to prepare health services and prevent epidemics we must have a way of predicting when these events are likely to occur in areas that are not accustomed to annual outbreaks of malaria.

“Liverpool has developed human and animal disease models that can be integrated into seasonal forecasting systems to give a picture of what the climate impacts on disease risk will be like in four to six months time.”

Dr Prashant Goswami, from C-MMACS, India, said: “We are rapidly developing our computer modelling capabilities using technology that can address the impacts of climate variability on agriculture and water systems.  This knowledge, together with the Liverpool models of vector-borne diseases, will help us develop systems to predict when changes in the monsoonal rain may occur and which areas are most likely to see an increase in malaria.

“Health authorities in India are already very successful at controlling malaria cases, but this new research should support decision makers in keeping ahead of the more serious occurrences of the disease, which is starting to increase across the country alongside the changing climate conditions.”

The work, funded by the UK India Education Research Initiative (UKIERI), forms part of the University’s Global Health research theme, which brings together experts in infectious disease, reproductive health, and mental health from across the institution.