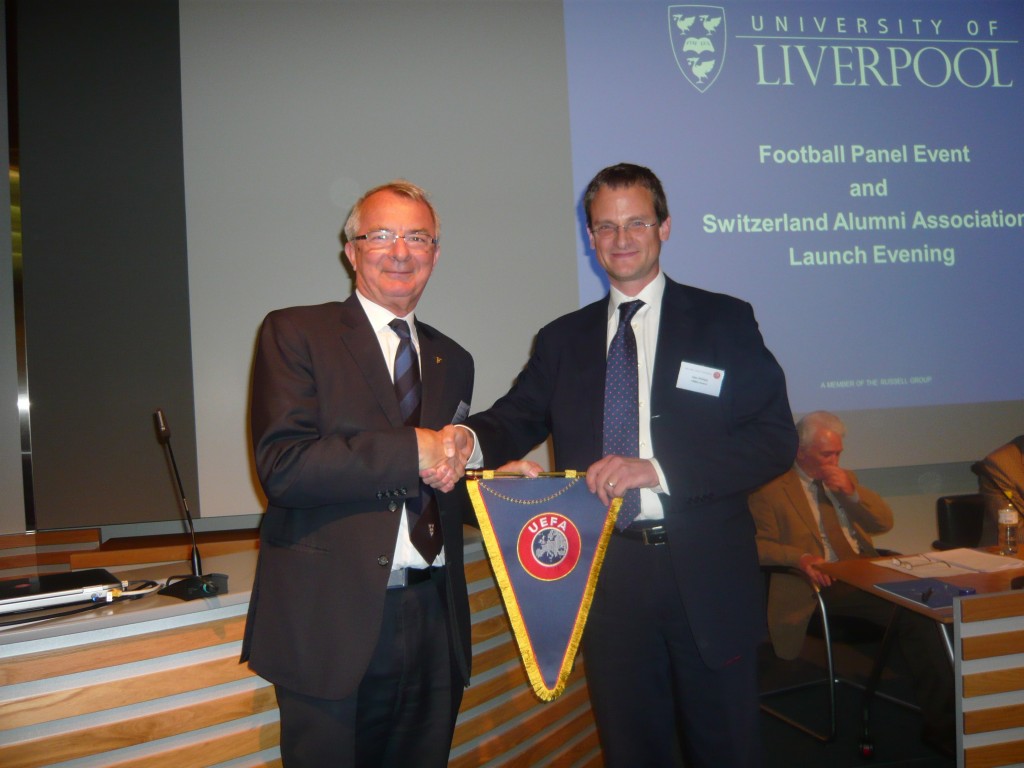 An event was held to mark the launch of the University’s Switzerland Alumni Association.

Held on the shores of Lake Geneva in Nyon, the evening included a football panel session, during which attendees were given an insight into the beautiful game, and a drinks and networking reception.

The event was organised with support from the Football Industries MBA (FiMBA) programme at the University of Liverpool Management School (ULMS) and the FiMBA Alumni Association.

Following an address by the Vice-Chancellor, Dr Rogan Taylor from Organisation and Management in the Management School, chaired a panel session in which leading figures from the world of football discussed whether clubs get value for money from their Academies.

The panellists were John McDermott, Head of Tottenham Hotspur’s Academy, Ged Roddy, Head of Youth at the Premier League, John Peacock who is Head of Coaching at the FA and England U17’s Manager, Edmond Isoz, Director of the Swiss Football League, and Alex Phillips from UEFA.

The University has more than 40 active alumni networks outside the UK, each with their own programme of activity, enabling graduates to keep in touch with the University. For more information, contact Andrew Morrison, Alumni Relations Manager (Networks & Volunteers) on 0151 794 6940 or email: andrew.morrison@liv.ac.uk.