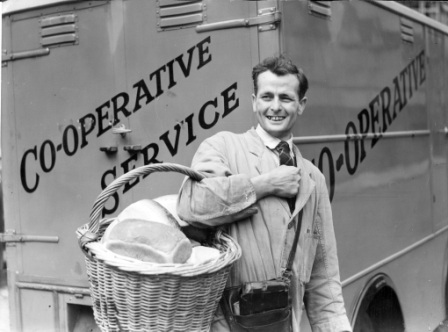 The buying, selling and preparing of food has varied markedly over the centuries

Researchers at the University are inviting members of the public to join them at a free event investigating the history of what people used to eat and how they would prepare their food.

The ‘Eating in the Archives’ event at Croxteth Hall will look at a number of research projects detailing how food was bought, sold, and prepared from the 1500s to modern day.

The free event will screen film footage from North West Film Archive including civilians making allotments during the Second World War as part of the government’s ‘Dig for Victory’ campaign.

Speakers at the event include Ben Bennett, from the Scottish Council on Archives, whose ‘Edible Archive’ project uncovered traditional recipes, dating back hundreds of years, including delicacies such as locust bread, sheep head broth and invalid fruit tart.

Dr Michelle Bastian, from the University of Manchester, will discuss research findings from the Liverpool-based project Memories of Mr Seel’s Garden, which aims to help communities learn from the past in order to imagine more sustainable futures, including more local food production.  She will reveal local volunteer researchers’ findings, including exotic ingredients brought into Liverpool, such as pimentos from Jamaica in 1820, and parmesan and macaroni from Trieste in the 1840s, as well as cookery classes held at St George’s Hall and the presence of dairies throughout the city.

Lecturer in Archive Studies at the University of Liverpool and organiser of the event, Dr Alexandrina Buchanan, will look at the archives of The Clothworkers’ Company, one of the Great 12 Livery Companies in the City of London.  The archive includes a shopping list for their election dinners in 1560-1562 – a feast of roasted heron, boiled capon with gooseberry sauce, and swan pudding.

Dr Buchanan said: “Researching what our ancestors ate, where they got their food from, and how it was prepared, tells us a lot about the history of our society, but also about how our attitudes to food have changed.  In an age of fast food dining and supermarket shopping, we are investigating whether knowledge of how we used to get our food could change our eating habits and where we buy our food in future.

“Not a lot of people know that Liverpool used to be full of gardens and sites of food production.  On the site of Tesco on Hanover Street, for example, there used to be a garden owned by merchant Thomas Seel.  We don’t know what he grew there, but our research has uncovered lots of memories of local dairies, piggeries and allotment holding. We’re currently seeing resurgence in demand for allotments, and vegetable seeds are currently outselling flower seeds.

“We’d like to imagine a future in which everyone in Liverpool knows where their food comes from; when food production will be sustainable, and when locally-produced food will help support a healthy diet for everyone.”

Other speakers at the event include Adam Shaw, from the National Co-operative Archive, who will talk about the history of local Co-ops.

The event takes place on Saturday, 19 May, from 12.30pm to 3.30pm at Croxteth Hall, Liverpool.  Tickets for the event are free, but places should be booked by logging on to: http://eatinginthearchives-autohome.eventbrite.com/ or by calling 0151 795 0607.