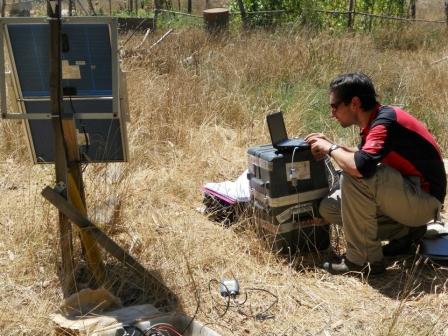 Stephen Hicks: “It’s important to get a feel for the area you are studying”

Stephen Hicks is from Somerset, UK, and is studying a PhD in earthquake seismology and geodynamics at the University’s School of Environmental Sciences.  He graduated from the University at undergraduate level in Geology and Geophysics in 2011 and has now joined Professor Andreas Rietbrock and his research group to explore the causes behind the 2010 Chilean earthquake – the biggest earthquake in South America since the 1960s.

The magnitude 8.8 earthquake in Chile caused widespread damage to buildings, bridges and roads and was estimated to have killed more than 500 people and affected the lives of two million overall.  Resulting in a Pacific-wide tsunami, it is the sixth largest earthquake ever to have been recorded.

Immediately following the earthquake a team of international scientists, including Professor Andreas Rietbrock at the University, deployed a network of seismometer and GPS instruments to analyse the aftershocks and ground deformation.  To investigate why these large earthquakes occur, Stephen is studying the rupture zone of the quake using aftershock data recorded by the seismometers.

Stephen said: “I went to Chile earlier this year to download the data from the rupture zone and remove the instruments, so that we could begin the detailed analysis here in Liverpool.  Working in the field can be stressful, but it is important to get a feel for the area you are studying and have a direct handle on the data.  It was also a useful experience to meet the people directly affected by the earthquake, as it gives you a great sense of how significant this research is and how it can make a difference to people’s lives.”

The aim of the research is to provide valuable information about the geological nature of the earthquake zone, which could contribute to identifying other areas at risk of future quakes.  Comparative data between the Chile earthquake and the Japan quake in 2011, for example, could help authorities in other risk areas of the world plan for these large scale events. 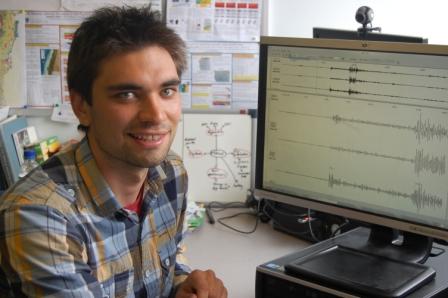 Stephen is studying a PhD in earthquake seismology and geodynamics

Stephen continued: “We can already see similarities between the way in which the Chile earthquake occurred and events in Japan last year.  If we can understand the controlling factors behind these quakes, then we can start to look at mapping regions of the world where they might happen again.

“My job is to analyse seismograms from the aftershocks in Chile and use a technique similar to that involved with CAT scans in medical imaging.  This gives us a picture of the rupture zone and what is happening deep underneath the ground.”

Results from the first phase of the study, which is expected to run until 2015, are expected to be published in the summer this year.