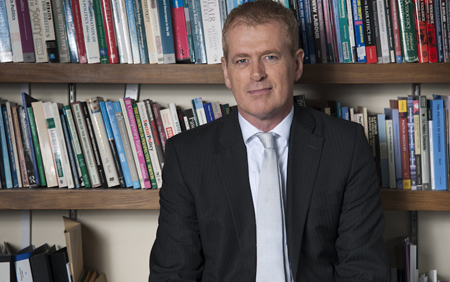 “THE meeting and handshake between the Queen and Martin McGuinness is the most important act of healing and reconciliation achieved so far in Northern Ireland.

McGuinness was one of the leaders of the Provisional IRA, which killed more than 2,000 people during the conflict. That one of those victims was the Queen’s cousin, Lord Mountbatten, gives the handshake particular poignancy.

Issues of healing and dealing with the past have been problematic in the Northern Ireland peace process. From a British perspective, the willingness of the Queen to meet McGuinness is further acknowledgement that the past should remain precisely that – the past – and should not be allowed to cloud a brighter future.

Talk of Sinn Fein’s base – accustomed to compromises – as very concerned over this move is overdone. I attended the party’s recent ard fheis in Killarney and there were few murmurs of protest. What might trouble that base far more is if the political outworking of this week’s symbolism is an eventual move towards Sinn Fein’s MPs taking seats at Westminster. A handshake falls short of an Oath of Allegiance. Yet other seemingly fundamental republican principles have been relegated to tactics and, in propitious circumstances, such a move cannot be ruled out.

Dissident republicans will naturally regard the handshake with scorn
Dissident republicans will naturally regard the handshake with scorn, a British Monarch merely meeting one of her Crown ministers. Dissidents have long regarded McGuinness with contempt for his ‘sell-outs’; an enmity heartily reciprocated.  The desire of dissidents to disrupt the peace process continues to exceed their capacity. 2,000 suspects have been arrested over the last decade. That said, nearly 500 bombings and shootings over the last three years and the killings of two British Army and two Police Service of Northern Ireland officers in the last four years indicate that not quite everyone is signed up to reconciliation. Seismic handshakes marginalise such groups, but their ‘war’ goes on whilst all others make peace.”

Jon Tonge is Professor of Politics at the University of Liverpool and has this week appeared on BBC Breakfast, BBC Radio 5Live, BBC Radio Manchester and BBC Radio Merseyside (1hr, 9m, 10seconds in)

Professor Tonge is the author of eight books on Northern Ireland, including Sinn Fein and the SDLP: From Alienation to Participation and The New Northern Irish Politics.