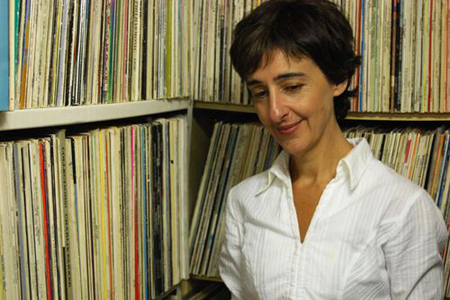 Professor Cohen: “There has been little or no detailed analysis of how and why particular popular music histories are constructed”

Events planned as part of the London 2012 Cultural Olympiad will showcase to the world a sample of what is being billed as the ‘Best of British’ popular music heritage.

Following the conclusion of the games, the Closing Ceremony concert will feature Blur as headliners, with support from The Specials and New Order, representing a distinctly English ‘Best of British’.

Public responses to the events pose significant research questions for academics at the University of Liverpool’s Institute of Popular Music, where they are leading an international project to understand what popular music heritage is, which artists or groups qualify as music heritage icons, and how they inform the cultural identities of the places and communities that celebrate and commemorate them.

“To date there has been little or no detailed analysis of how and why particular popular music histories are constructed and presented as forms of cultural heritage.  If we take the Cultural Olympiad concerts as an example of representations of British culture, we want to uncover what such events are saying about cultural identity and music histories, and how it is decided that these particular artists and groups should represent a nation, region, or city.

“We want to know how these official or dominant representations of British popular music heritage, which are promoted and championed by music and media, heritage and tourism industries, relate to the musical histories and identities of British audiences.

“In order to explore these questions we want to hear from individuals, groups, and organisations across England and discover what they remember from the musical past and their personal understandings and perspectives on what might be considered to be the ‘Best of British’ musical heritage.

“Alongside European partners in the project, we are currently conducting an online survey in which we invite audiences to share their musical memories. We are also interested in collecting peoples’ music stories through ‘memory maps’ – words, pictures, or diagrams that they can create for us that tells us something about how they connect their lives with music. A short written explanation could be submitted along with the map but if possible we would also like to interview people about their maps and their musical memories.”

To take part in the project, please click here