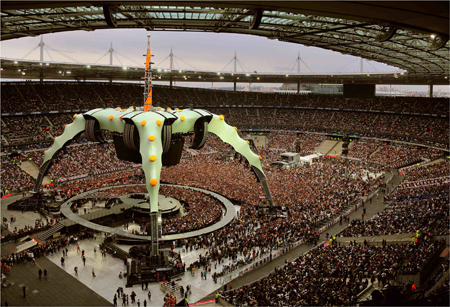 A University of Liverpool architect has been awarded funding from the British Academy to explore the architectural history of popular music and performance space.

Professor Rob Kronenburg, from the School of Archictecture,  will examine the design and form of popular music architecture and chart how it has been developed in ad hoc ways by non-professionals such as building owners, promoters and musicians themselves and more professionally by architects designers and construction specialists.

It aims to quantify the factors that have determined the development of music venue architecture on both famous and less well-known examples from the smallest bar room music to the largest stadium-filling rock set.

Professor Kronenburg said: “Popular music – like architecture – is neither static nor standardised, it continuously develops and has multiple strands.  This project will explore the impact that the use of public space for performance has on urban identity, and how it influences the way cities, and to a lesser extent, rural spaces, are perceived and used.”