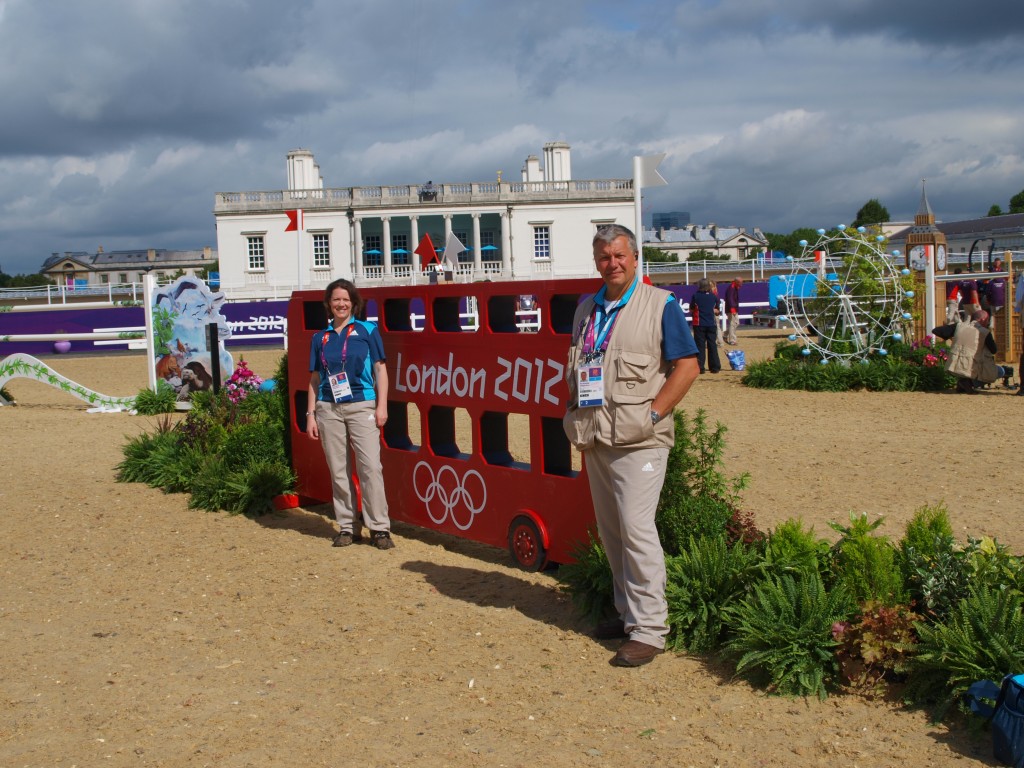 Philip Leverhulme Equine Hospital Clinical Director, Peter Bowling and Senior Lecturer in Equine Surgery, Dr Debbie Archer have been operating as National Technical Officers at the London Olympics equestrian venue, Greenwich Park. Peter began planning for the event two years ago, and has been leading the ‘field of play’ veterinary services cover, while Dr Archer has been leading the critical care team in the onsite veterinary clinic established by Peter.

“The last 3 weeks have flown by and it is hard to believe that we are coming towards the end of the Olympics. It has been hard work but it has been an honour to have been involved in providing veterinary care for such a high profile event.

“Pete has been in charge of the team of veterinary surgeons who are based in the main arena and in the training areas (of which there are many) to ensure that veterinary care can be provided immediately should any injuries arise. I have been based in the on-site veterinary clinic to provide further assessment and treatment of more serious injuries. Whilst the clinic is only a temporary building (as is everything on the site) it is very well equipped with facilities to anaesthetise horses if required and perform ultrasonography, radiography and put horses on intravenous fluids. I have also been on call each night to provide care for the horses who are kept on site during the competition and to deal with any emergencies such as colic, which can be life threatening within a matter of hours if not dealt with promptly. The big day for all the veterinary team is always cross country day of the three day eventing competition. The day went very smoothly and no serious injuries were sustained. 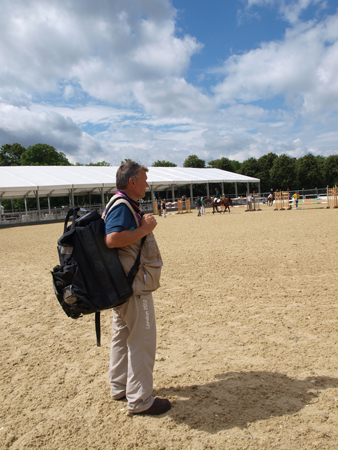 “Dealing with veterinary care for a large number of very valuable horses in high level competition is always a challenge and the pressure on the riders, trainers, team veterinary surgeons and grooms to do well is immense. Having the world’s press on site and a massive audience in the arena also adds to the challenges that we have had to face, particularly should a horse need treatment on the field of play. We are working with a very experienced team of veterinary surgeons, veterinary technicians, clinic administration staff, horse ambulance drivers and farriers and the feedback from the teams has been excellent. More minor challenges that have been presented include the occasional torrential downpour which has resulted in the field vets on the outer training areas having to take shelter in some of the large tents on site only to be joined by a rather wet horse and rider too! 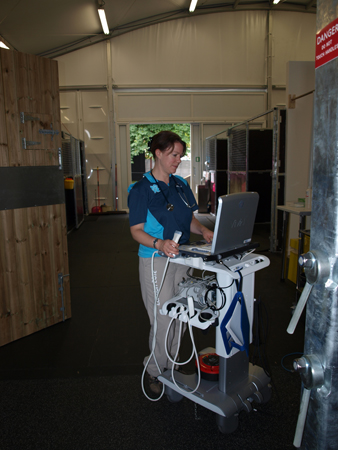 Events and success for GB

“We have both been very close to the action throughout the whole event. Peter has been on the field of play as attending veterinary surgeon for dressage, showjumping and at the start of the cross country course so you do not get much closer to the action than that. Whilst I have been based predominantly in the clinic, I have managed to see some of the competition from the stands. The one night I did venture out of Greenwich to watch the athletics the British team then went on to get their first Gold medal. Fortunately, I was lucky to see the British dressage team win their first ever Olympic medal – the fact that it was Gold too was a bonus. 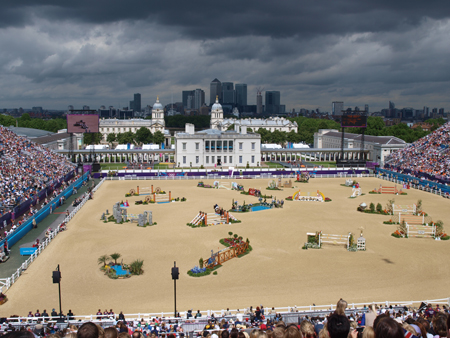 “The atmosphere has been truly amazing and the setting is magnificent with views over Queens House and Canary Wharf. When the audience start stamping their feet in the stands the noise is deafening and the first time you hear it, you wonder if the whole stand is going to come down next! The fact that the British teams have done so well has added to the electric atmosphere in the audience. It has been lovely to see members of the public come to experience their first ever equestrian event and to see eventing, showjumping and dressage take place at the heart of all the action in London.”