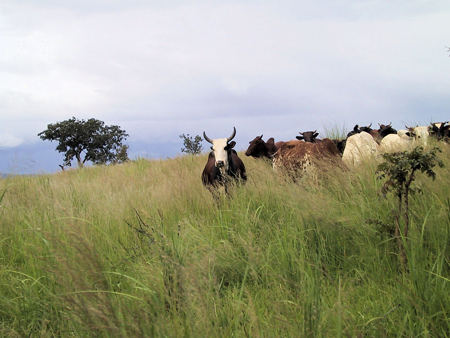 Scientists at the University of Liverpool have found that the worm which causes River Blindness survives by using a bacterium to provide energy, as well as help ‘trick’ the body’s immune system into thinking it is fighting a different kind of infection.

River Blindness affects 37 million people, mainly in sub-Saharan Africa, causing intense itching of the skin, visual impairment and in severe cases, irreversible blindness.  It is caused by a parasitic worm that is transmitted by blood-feeding blackflies, which breed in fast-flowing rivers.

The team at Liverpool investigated a bacteria carried by the worm, called Wolbachia, which if removed by antibiotics, kills the adult worm and cures River Blindness.  To understand why the worms need these bacteria to survive, scientists sequenced the genome of Wolbachia from a closely related parasite in cattle.

They found that the bacteria could provide the worm with energy through a process that needs iron and oxygen, similar to cell energy processes in the human body.  The bacteria can also ‘trick’ the body’s immune response into believing it is dealing with a bacterial rather than worm infection, making it difficult for the body to fight the disease.

Research findings could help target drugs at disabling the bacteria’s energy-giving properties, which may provide shorter treatment regimes for River Blindness.  Understanding the bacteria’s ability to misdirect the human immune response could also contribute to work into vaccine development.

Dr Ben Makepeace, from the University of Liverpool’s Institute of Infection and Global Health, said: “River Blindness is a major problem in tropical regions of Africa, where a similar parasite can also be found in cattle.  Antibiotics have shown promise in critical trials, but treatment can be a long process for a patient, and so it is important for us to find new ways of combating the disease to improve patient welfare.

“It was a team at Liverpool that first discovered antibiotics could kill the bacteria inside these particular worms.  The findings led us to believe that the bacteria played a crucial role in keeping the parasite alive. Sequencing the genome revealed that it could give the worm energy to survive and help ‘fool’ the host’s immune response into believing it had to tackle a bacterial infection.

“We also studied, for the first time, which bacterial genes were switched on and off in different parts of the worm, and identified the kinds of proteins made by Wolbachia.  We hope our research will contribute to shorter treatment programmes and potentially impact on the search for a vaccine.”