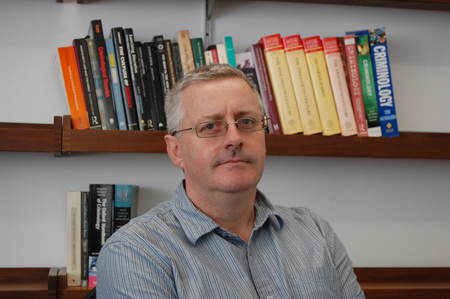 Barry Godfrey is Professor of Social Justice at University of Liverpool

“There is a precedent to Justice Secretary Grayling’s newly announced ‘Two Strikes’ policy.

In the Victorian period, in response to the feeling that not enough was being done to counter violent crime, the 1869 Habitual Offender Act mandated minimum tariffs of seven years for repeat offenders guilty of two serious crimes – life sentences were thought to be too regressive and punitive by Victorian politicians. The prison sentence would be followed by seven year’s police supervision.

In the first year, 25,000 offenders fell foul of the Act, but crime rates remained virtually the same. As criminologists will tell you, rates of incarceration and rates of crime are largely unconnected.

What the policy did do was to increase prison populations, vastly increase the cost of the penal system, and devalue notions of judicial discretion and independence. After a few year the system corrected itself – under pressure from police and judiciary the sentences became discretionary and judges only applied them in a third of cases they could have done.

Ten years after the Act was passed, only a few hundred people a year were sentenced in the way the legislators had originally proposed.The penal authorities reduced the prison population through an early release scheme – the vast majority of convicts were conditionally licensed half way or three-quarters through their sentence, even rapists, burglars and murderers. The costs of the policy, both social and financial, were therefore mitigated.

The next attempt to hit hard at serious offenders was the 1908 Preventative Detention Act. Dead in the water after a couple of years, only a tiny number of serious offenders felt the weight of this policy (only 500 from 1908 to 1932 when it was finally wound up). In the same year that Act was passed, the modern probation service was formed.

The work of probation officers slowly but steadily impacted on thousands of offenders sent to them by lower and higher courts. Many who also had the support of family and community, and who were also able to secure employment after leaving prison, managed to turn their lives around.

The sobering fact today is that access to employment with the prospect of a career and a stake in society is probably still the best route to personal rehabilitation – and the prospects for ex-prisoners today looks bleak. No doubt this government, like the Victorians, is sincere about addressing the needs of victims and reducing crime. So, too, are the American States that apply three strikes laws, and the New Zealand government that introduced Three Strikes in 2010 (and which is already faltering).

However, for the sake of preserving some proportionality in sentencing; some humanity in the system; and some grip on the financial costs of a large and expanding prison population, let us hope that the next government u-turn happens sooner rather than later.”