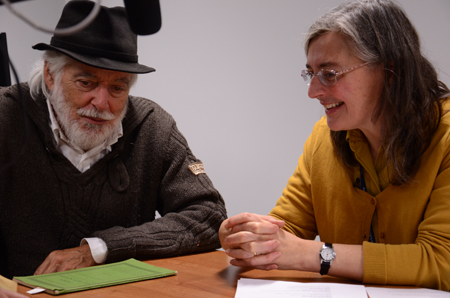 Michael Chaplin, son of silent film great, Charlie Chaplin visited the University of Liverpool to shed light on his father’s Romany Gypsy past.

Michael, the second-born of eight from Charlie’s union with Oona O’Neill, spent the day in the Sydney Jones Library’s Special Collections and Archives, home to one of the largest depositories of Romany information in the world.

Michael, who spent much of his working career as a farmer in South West France, said: “A letter was written by Jack Hill to my father in 1971, after he had read my father’s autobiography, telling him he wasn’t truthful – but he can be forgiven – because of the claim he was born in Lambeth. The letter said this wasn’t true, that he was born in Black Patch in Smethwick in the caravan of the gypsy queen, Sentina.

“My father kept that letter locked in a bedside table and it was only discovered after my mother’s death, and long after his death.

“It’s caused a bit of a stir amongst the community around Black Patch and a lot of people who are biographers objected to taking this letter seriously. But we take it very seriously and are trying to find out as much as we can about Black Patch, and the Romany community.”

The pursuit is being turned into a film, provisionally entitled Caravan Trails – Charlie Chaplin The Untold Story, and Michael was joined on his visit by a cameraman who is chronicling his search for information. The visit to campus followed a trip to Black Patch. 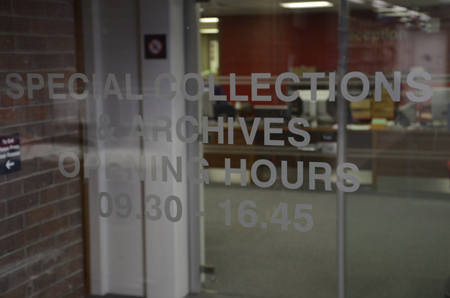 Describing the Special Archives resource as a ‘gold mine of information,’ Michael said: “We’ve found out a lot about the Gypsy Lore Society and have gathered a good general picture of gypsy life. It’s been thoroughly enriching.”

Special Collections Librarian, Katy Hooper said: “The well-used Gypsy Lore Society archive gave Michael some contemporary references to the site where it is believed his father may have been born, and useful background on the history of Gypsy persecution.”

Speaking about growing up as the son of Charlie Chaplin, Michael said: “It had its great moments and its not so great moments. For me personally, it was a privileged childhood. We had a strong family, eight brothers and sisters, and he was fond of us all.”

Michael’s novel, The Fallen God will be published shortly.