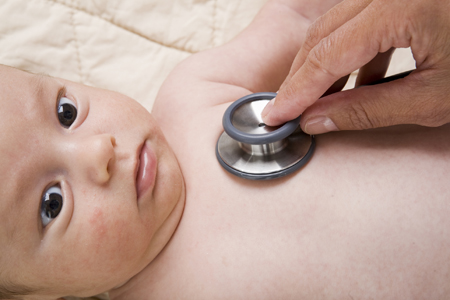 The Department of Health has announced that babies in the UK will be vaccinated against a vomiting and diarrhoea bug from September 2013.

Rotavirus is the leading cause of severe, acute gastroenteritis among infants and young children throughout the world and is responsible for an estimated 527,000 deaths among children under five each year.

90% of childhood deaths in developing world

More than 90% of childhood deaths attributed to rotavirus infection occur in developing countries. Symptoms include severe diarrhoea and vomiting, leading to loss of fluid and electrolytes which can result in dehydration, shock, and death.

Research at the University of Liverpool has found that diarrhoea caused by rotavirus infection could be significantly reduced in the developing world with the use of a vaccine to prevent the condition.

Professor Nigel Cunliffe, from the University’s Institute of Infection and Global Health and research lead for the rotavirus study in Malawi, said: “Rotavirus is the leading cause of severe diarrhoea in infants and young children worldwide. Diarrhoea is often accompanied by vomiting, and can lead to dehydration. In industrialised countries, this leads to suffering and hospitalisations.

“The recent introduction of rotavirus vaccines into childhood immunisation programmes in Malawi and other African countries represents a major step forward in the global efforts to reduce mortality due to childhood diarrhoea.

“A longstanding programme of research undertaken in Malawi by the University of Liverpool has played a key role to inform the rollout of life-saving rotavirus vaccines across Africa.

“In the UK, vaccination is expected to substantially reduce winter hospitalisations due to rotavirus diarrhoea, thus reducing pressure on beds with associated cost savings.

“In a study at Alder Hey Children’s NHS Foundation Trust, we highlighted the potential value of rotavirus vaccines in preventing hospital-acquired, as well as the more typical community-acquired, rotavirus diarrhoea.”