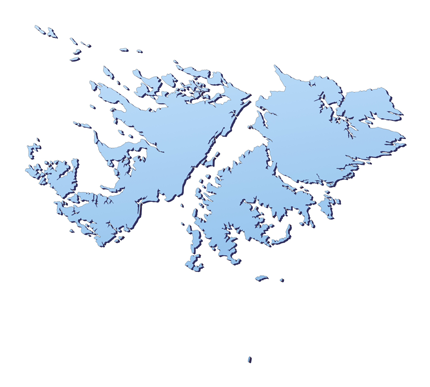 Dr Matt Benwell is a lecturer in the Department of Geography and Planning.

The latest chapter in deteriorating Anglo-Argentine relations caused by territorial disputes in the South West Atlantic and Antarctica appears at face value to cover familiar diplomatic ground.  One might justifiably ask, ‘Haven’t we been here before?’ Argentina thinks of a ‘creative’ way to present its claim to what it calls Las Malvinas, as it has done on previous occasions through television and newspaper advertisements released on significant anniversaries associated with the sovereignty dispute.

The UK government robustly responds in kind, by restating its support for the Falkland Islanders and reaffirming their legitimate rights to self-determination. The nature of these diplomatic exchanges would seem to, once again, overlook the third and arguably most significant party in this geopolitical feud: the Falkland Islanders themselves.

Indeed, it would be hard not to have some sympathy with the at best, consistent marginalisation of Islander’s perspectives and at worst, denial of their legitimate rights to exist as a community. Notwithstanding these challenges the Falkland Islanders are fighting back. On a diplomatic level the Falkland Islands Government is to hold a referendum in March 2013 which will give every Islander the ability to choose how they wish the territories to be governed.

The referendum, fully supported by the Foreign Office and to be supervised by international observers, is symbolic because it will emphasise the agency of Islanders to project their voices in a dispute that has so often been dominated by politicians in Argentina and the UK. Citizens of the Falkland Islands are also increasingly taking it upon themselves to express their agency personally through social networking websites like Twitter and Facebook.

The words #Falklands and #Malvinas have been trending on Twitter in the days following the publication of the Argentine President’s open letter to the Prime Minister, as citizens, politicians and organisations from around the world engage in the debate.

The Argentine writer, Borges’ rather dismissive claim that the territorial dispute in the South West Atlantic was akin to ‘two bald men fighting over a comb’ has never looked further from the truth, particularly when the potential riches underneath the South West Atlantic are factored into the equation. Most interestingly, the Falkland Islanders through their @falklands_utd Twitter account have written a collective open letter to the Argentine President.

In their riposte they state, “Our home is a British Overseas Territory, not a Colony as you seemingly wish to convince people. Through our right to self-determination as enshrined by the United Nations we can choose to associate ourselves with whomever we so choose. We choose to maintain our relationship with the United Kingdom in this way.” While Argentina continually refuses to engage with the Islanders and recognise the legitimacy of their government, the Island’s citizens, politicians and support groups are taking to online platforms to undertake their own forms of ‘digital diplomacy’.

If we wish to acknowledge, listen to and understand all sides of this complex geopolitical issue into 2013 and beyond, social networking will be an increasingly critical tool.

One thought on “Viewpoint: 3 sides to this argument – Argentina, the Falkland Islands and the UK”