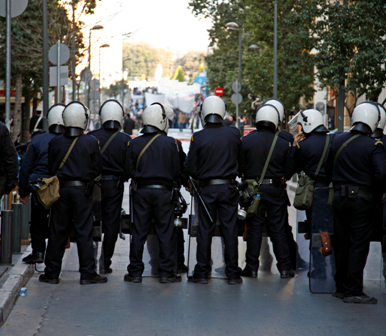 Tickets available for the Security and Conflict lecture series

Tickets are now available for the University’s Security and Conflict lecture series, with the first lecture to be given next week by Sir Bernard Hogan-Howe QPM, Commissioner of the Metropolitan Police.

In his lecture, to be delivered at St George’s Hall, Sir Bernard will anticipate what 2020 holds in relation to security and conflict challenges.

The commissioner, who was Chief Constable of Merseyside for seven years and received a knighthood in the 2013 New Year Honours, is the first of five eminent thinkers invited to consider possible future states for 2020, with respect to the issues of global security and conflict and their impact on terrorism.

The lecture series invites each speaker to consider what the future holds with particular reference to their special interests – policing, human rights, defence and the media.

Hosted by the University of Liverpool and supported by Merseyside Police, the series, ‘What Does 2020 Look Like?’, also features Maajid Nawaz, the co-founder and Executive Director of Quilliam, the world’s first counter-extremism think tank; Colonel Tim Collins, the military commander best known for his speech on the eve of the Iraq war; General The Lord Dannatt, British Army Chief of General Staff from 2006-2009; and Rageh Omaar, the Somali-born British writer and world affairs correspondent.

Sir Bernard Hogan Howe took over as Commissioner of the Metropolitan Police in September 2011. His career began with South Yorkshire Police in 1979 where he worked in uniform, CID, traffic and personnel. In 1997, he joined Merseyside Police as Assistant Chief Constable for Community Affairs and took responsibility for Area Operations in 1999. He became Assistant Commissioner at the Metropolitan Police in 2001.

He became Chief Constable of Merseyside in 2004 where he introduced the ‘Total Policing’ model focusing on crime, victims and professionalism. This resulted in a reduction in crime by a third, a 26 per cent reduction in anti-social behaviour, and the highest level of criminal asset recovery outside London (more than £20 million over three years).

He was appointed to Her Majesty’s Inspectorate of Constabulary in 2009, having received plaudits for his uncompromising stance against anti-social behaviour and gun crime following the fatal shooting of 11 year old Rhys Jones. Sir Bernard set up the specialist Matrix team to tackle gun crime – the first of its kind outside London.

Sir Bernard has an MA in Law from Oxford University, a diploma in Applied Criminology and was awarded an MBA in Business Administration from Sheffield University. He is a Companion of the Chartered Management Institute and has been awarded the Queen’s Police Medal.

Sir Bernard’s lecture takes place on Thursday, 24 January at 6pm in St George’s Hall. Tickets for the lectures are free and available at the website: www.liverpool.ac.uk/events/2020 or by telephoning the ticket line on 0151 794 2650.

Date to be confirmed 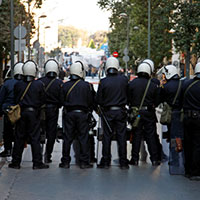