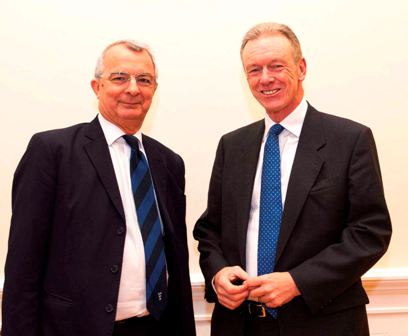 Speaking at the first of the University’s ‘Security and Conflict’ lectures at St George’s Hall last night, Sir Bernard said Britain continues to face threats from a range of sources including chemical, biological, radiological and nuclear weapons. He said the threat, from homegrown and international terrorism, had become more diverse, fragmented and unpredictable, especially with the opening of a new terrorist front in Mali coupled with a new threat from Algeria.

Stressing the effectiveness of the UK’s national counter-terrorism unit network, established after 9-11, he said: “We have arrested 180 people over the past three years on suspicion of terrorism, but we should not be complacent. Counter-terrorism begins at local level and depends on community-based sharing of information between agencies.”

He said London continued to feel the impact of terrorist activity abroad which has a tendency to impact on the capital in the form of protests outside the embassies of countries affected. “Many families in the UK have relatives abroad who have been victims of terrorism and we have to deal with these issues as sensitively as possible,” he said. “We also have to remember that we need to retain order and police those protests effectively.”

Sir Bernard said the UK also faced a growing risk from industrial espionage, commenting: “If we lose our intellectual secrets, this will clearly damage the country economically.”

He said: “There is still a threat from Northern Ireland with the resurgence of violence and this is constantly being reviewed. The recent civic unrest over the flag flying shows how closely related policing issues are to political unrest and terrorism.”

Sir Bernard said the security services and the police work much more closely since 9/11, saying: “To prevent terrorism from flourishing we need to ensure extremism is kept at the margins and work in collaboration with the security services. No single department or agency can tackle this. The London Olympics was a superb example of partners working together and provided a blueprint for counter-terrorism work in the future.”

He added: “Terrorism remains a rare occurrence, but the cost remains high. We must remain vigilant, remain on our guard and not relax just because recent attempted attacks in the UK have not been successful.” 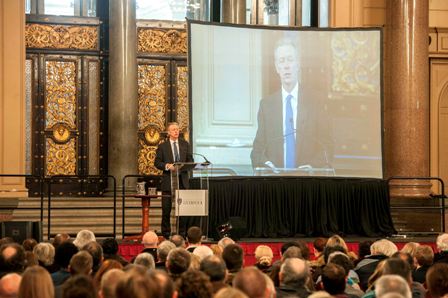 Sir Bernard was speaking as part of the University’s Security and Conflict public lectures. The series, ‘What Does 2020 Look Like?’, also features Maajid Nawaz, the co-founder and Executive Director of Quilliam, the world’s first counter-extremism think tank; Colonel Tim Collins, the military commander best known for his speech on the eve of the Iraq war; General The Lord Dannatt, British Army Chief of General Staff from 2006-2009; and Rageh Omaar, the Somali-born British writer and world affairs correspondent. Book tickets here.

To watch the webcast visit: http://www.liv.ac.uk/events/2020/bernard-hogan-howe.php 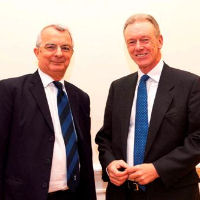