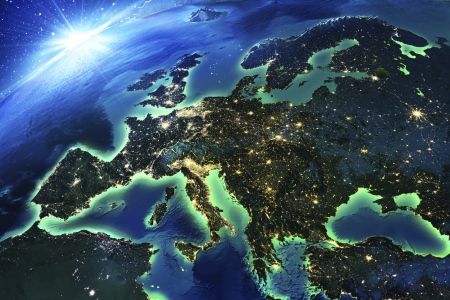 The most dangerous 100 pathogens in Europe have been identified

The pathogens posing the greatest risk to Europe based upon a proxy for impact have been identified by University of Liverpool researchers using a ‘big data’ approach to scientific research.

The researchers from the University’s Institute of Infection and Global Health ranked the top 100 pathogens affecting humans and the top 100 affecting domestic animals using a system which, they believe, will help governments across the continent plan for risks associated with the spread of infectious diseases, including as a result of climate change, and for biosecurity.

The top risk for both humans and animals was E.coli and in humans this was followed by two forms of HIV, Hepatitis C and Staphylococcus aureus, a bacteria which causes food poisoning and is increasingly resistant to antibiotics.

This approach is a quick and accurate method of aggregating the work carried out by thousands of scientists around the world and using it to guide policy at a continent-wide level.
To compile the list, the researchers used the EID2 database developed at Liverpool. This is a comprehensive record of over 60 million scientific papers, electronic sources and textbooks associated with infectious diseases.  They cross-referenced the number of papers which dealt with a particular pathogen with the number of citations it attracted to give a score based on the amount of interest and need for scientific research into it.

Dr Marie McIntyre led the study. She said: “Risk assessments are incredibly time consuming because of the number of diseases which must be taken into account and people having to start from scratch for each one.  This approach enables us to gauge the level of interest in a huge number of pathogens or diseases very quickly.”

The method used in the study is known as the Hirsch Index and while the study authors acknowledge factors such as there being high public interest leading to more studies of a particular illness, they believe that because it is objective and evidence-based it will be a useful complement and guide to more traditional methods of risk assessment and can be used to produce a shortlist of pathogens for authorities to focus on.

Dr McIntyre said: “The amount of work carried out by scientists on a particular disease is a good indication of how much of a threat it is. This approach is a quick and accurate method of aggregating the work carried out by thousands of scientists around the world and using it to guide policy at a continent-wide level.”

The full paper, including both top 100 lists was published in the journal Plos One and can be read here.

Find out more about courses at Liverpool on the University’s Study pages or follow the Institute of Infection and Global Health on Twitter.