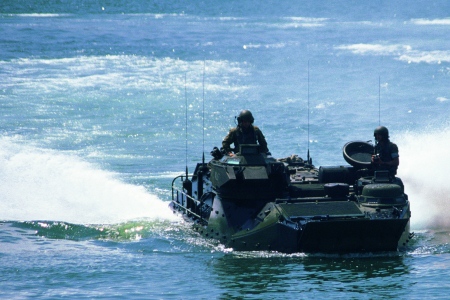 Dr Jonathan Bridge is a Lecturer in Environmental Engineering in the University of Liverpool’s School of Engineering.

Exactly a year ago, the world was wrestling with the possibility of another US-led military assault on an Arab state, following the horrific gas attacks in Damascus, Syria.

When US military action did come in early August this year, it was in northern Iraq against the Islamic State (IS) which evolved out of the Syrian civil war. In the context of the spiralling humanitarian crisis, swift and co-ordinated IS advances, and single acts of astonishing barbarity, ongoing US attacks have become focused on control of a dam. It is the latest and most visible chapter in the world’s growing water crisis and confirmation of water’s central role in conflicts.

The Mosul Dam blocks the Tigris River south of the Turkish border, forming a reservoir 11 billion cubic metres in volume – the fourth largest in the Middle East. Much of the military rhetoric has focused on the potential for deliberate destruction of the structure, releasing catastrophic flood waves reaching 4.6m high as far downstream as Baghdad, 350km away. But politically and economically it is the control of the dam’s hydroelectricity which gives it priority. Engineers, meanwhile, noting the reservoir’s unorthodox setting (on water-soluble karstic geology ) fear an accidental breach of the dam if vital geotechnical work, including continuous injection of impermeable grout, is not properly maintained.

Water as a weapon

Strategically, the use of the dam to determine water levels and supplies to large parts of the country makes it the largest prize in what security analysts describe as a “battle for control of water” which many observers see as defining IS’s aims in Iraq.

This plan was evident as early as June this year, following extensive flooding caused by the deliberate closure of the captured Nuaimiyah Dam west of Baghdad.

But this is not the first time water has been used as a weapon in the “Fertile Crescent” at the confluence of the Tigris and Euphrates rivers. Saddam Hussein targeted water resources during the Iran-Iraq War and his oppression of the Marsh Arabs in southern Iraq during the 1990s centred on the drainage of 6,000 km2 of wetlands, destroying a subsistence economy perhaps 10,000 years old. This was a “war by other means”, according to engineer Azzam Alwash, who won the 2013 Goldman Environmental prize for his post-2003 work to re-establish the marshlands.

The tactical use of water supplies in war dates back almost as far as civilisation itself. Limiting and depleting water supplies has been used as a siege weapon throughout history. The “Dambusters” are even part of the UK’s popular cultural memory of World War Two. But is the current zeitgeist – that this century will be marked by wars dominated by water – representative of a real or imagined threat?

The UN was widely seen to endorsed this thesis in its 2009 World Water Development Report. Shortly after, an opinion article in the journal Nature roundly rejected it, claiming instead that “inequitable access to water resources is a result of…broader conflict and power dynamics: it does not itself cause war” and concluding that wars over water are a myth which distract from a globally progressive approach to co-operation in water management. So which position is correct?

Mark Zeitoun, an expert on Middle East water politics, has developed a theory of “hydro-hegemony” in which control over water supplies is an intrinsic component of unequal power relationships. This is perhaps nowhere better illustrated than in relations between Israel and its neighbours which shift constantly and all-too-visibly from armed to unarmed conflicts, encompassing unilateral annexation of both land and water resources as well as uneasy bilateral agreements.

In this view, water is an integral component of all kinds of conflict, from cultural antagonism to military aggression. It follows that as global demand for water grows and areas already experiencing water stress suffer further under predicted climate change, then the importance of water in tensions at all scales will grow proportionally.

Water is at the heart of many conflicts worldwide, whether between nations such as Egypt and Ethiopia, where diplomatic tensions are high regarding the construction of the massive Grand Renaissance Dam on the Nile; between developing world communities and multinational corporations, for example Coca-cola in India; or between regions within countries, such as in the western US where various states are in legal battles over the Rio Grande.

We should remain confident that the strong frameworks of national and international law will continue to confine many of these conflicts to council chambers and diplomatic conferences. However, where these mechanisms break down then a shift on the spectrum of conflict towards violent confrontations, shaped by our fundamental human need for water, does seem possible if not inevitable. In the past months in northern Iraq, from an escalating Syrian crisis in which water stress likely played a destabilising part, we may have seen the first shots fired.

Follow Dr Bridge on Twitter or find out more about courses in engineering on the University’s Study pages.

Further reading
The Liverpool View: Public attitudes as hard as the water