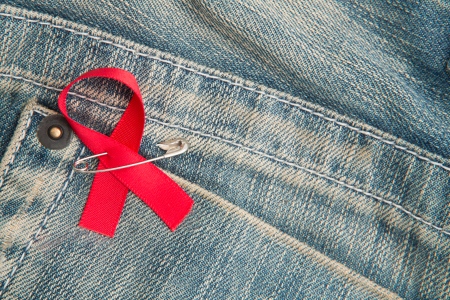 HIV drugs which only need to be taken once a month are to be developed at the University of Liverpool in a bid to overcome the problem of ‘pill fatigue’.

Currently it is not uncommon for people to miss doses of the antiretroviral drugs that are used to treat HIV, due to the need for patients to take them daily for the rest of their lives – an issue known as pill fatigue.

To help address the problem, scientists based at the University of Liverpool and Johns Hopkins University, USA are developing injections that provide therapeutic exposure to the drugs for at least a month and may replace daily tablets in some patients.

The injections will contain nanoparticles of the drug – approximately a millionth of the size of a basketball.  Nanomedicines are an emerging field in pharmaceuticals which are designed by scientists to have specific properties – this can involve making the medicines more targeted to areas within the body such as diseased cells, or enable the drug to remain in the body for a longer period of time.

A recent patient survey by one of the project collaborators from Johns Hopkins indicated that almost 85% of patients would probably or definitely try a once monthly nanoformulated antiretroviral drug.

Pharmacologist, Professor Andrew Owen is leading the study in Liverpool. He said: “The ability to administer drugs just once monthly is an extremely exciting prospect for HIV therapy.

It is hoped that by studying the critical mechanisms for the ‘slow release’ in HIV therapy, possibilities for medicines in other infectious diseases can be opened up
“For orally delivered medicines, much of the drug is often not effectively absorbed into the body and we therefore hope to be able to lower the overall dose of drug required. As such, the strategy may also have benefits in resource-limited settings by reducing costs and supply chain issues.”

Medicinal chemist, Dr Caren Freel Meyers is leading the study in Baltimore along with leading HIV clinician, Dr Charles Flexner. She said: “The multidisciplinary nature of the project will enable us to rapidly progress new medicines, capitalizing on the synergistic strengths of the teams at Johns Hopkins University and University of Liverpool.”

Dr Charles Flexner, Professor of Medicine and Deputy Director of the Institute for Clinical and Translational Research at Johns Hopkins said: “The University of Liverpool is one of the world’s premier institutions working in nanomedicine, and we are thrilled to be able to develop this collaboration between our two institutions.”

The researchers will produce new versions of existing and commonly used drugs. The most promising candidates will move forward for trials and further testing. The research in Liverpool will utilise state-of-the-art nanoformulation technology developed and led by Professor Steve Rannard in the Department of Chemistry.

He commented: “We are finding increasingly new ways to apply technologies for drug nanoparticle production developed at Liverpool. The multi-disciplinary nature of our approach means that we are focussed on the formation and optimisation of candidates that have a large potential for clinical application leading to patient benefits. I am hugely pleased that we have the collaboration with the teams at Johns Hopkins as this will greatly enhance the potential for success.”

Cutting-edge mathematical modelling techniques will also be employed, under the supervision of Dr Marco Siccardi in the Department of Molecular and Clinical Pharmacology, to simulate the distribution of the novel medicines within the human body.

It is also hoped that by studying the critical mechanisms for the ‘slow release’ in HIV therapy, possibilities for medicines in other infectious diseases can be opened up, in a similar way to those that have been successful in schizophrenia and contraception.

The University is already working on nanotechnology-enabled medicines for infection and cancer and the British Society of Nanomedicine was launched from Liverpool.

Professor Owen, from the University’s Department of Molecular and Clinical Pharmacology added: “Missing doses can place a selective pressure in favour of development of resistance; any strategy that simplifies therapy can have a major impact on treatment outcome.”

The project is funded by the US National Institutes of Health, Johns Hopkins University and the University of Liverpool. It will last for four years.

Find out more about about studying at Liverpool, by visiting the University’s Study pages.