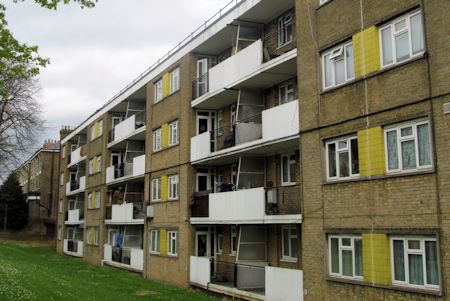 Public Health experts from the University of Liverpool have contributed to a major new report that aims to tackle the widening health gap between the North and the rest of England.

`Due North: the report of the Inquiry on Health Equity for the North’, is the outcome of an independent inquiry, commissioned by Public Health England, to identify actions that can reduce the gap in health between the North and South of England and between different socioeconomic groups within the North.

University of Liverpool Public Health expert, Professor Margaret Whitehead, who chaired the Inquiry, said: “It is shocking that a baby girl born in Manchester can expect to live for 15 fewer years in good health than a baby girl born in Richmond in London.

“This is not just about differences between the north and south, but also about a stark health divide between rich and poor areas within every region. In Manchester a boy born in a disadvantaged area such as Longsight can expect to live for 10 fewer years than a boy born a few miles away in leafy Didsbury. These differences are unacceptable, and we have lived with them for too long.”

The report details that the root causes of this are the same across the country – differences between groups in poverty, power and resources needed for health. It is the severity of these causes that is greater in the north and results in the north having persistently poorer health than the rest of England.

Professor Whitehead added: “This report comes at a crucial time for action to address this longstanding problem. The austerity measures introduced as a response to the recession have fallen more heavily on the north, and on disadvantaged areas more than affluent areas, making the situation worse.

”There are, however, new opportunities. Local government has recently been granted new responsibilities to tackle the causes of poor health and health inequalities and increasingly local governments in the north are demanding greater control of resources previously controlled by Whitehall.”

The report highlights how northern agencies can make the best use of these devolved powers to do things more effectively and equitably.

The Inquiry brought together expertise from people working across the North of England from universities, local government, the NHS and the voluntary and community sector. Firstly it set out what organisations and communities in the North can do for themselves to address these unfair differences in health. Secondly it highlights what central government needs to do.

The report outlines how agencies in the North need to come together to prevent poverty and promote prosperity through the provision of high quality universal early years education and childcare; to promote a living wage; to use their joint spending power to promote good employment; and to improve the quality and affordability of housing.

The report states that central government policy is both the cause and the solution to some of the problems analysed by the Inquiry. It suggests urgent action is needed to ensure that investment is effective at reducing inequalities and to prevent austerity measures widening inequalities.  This includes protecting and prioritising spending on children in the early years; allocating a greater share of resources to the places that need it most; and developing a national industrial strategy that reduces inequalities between regions by investing in sectors that promote sustainable employment in disadvantaged areas.