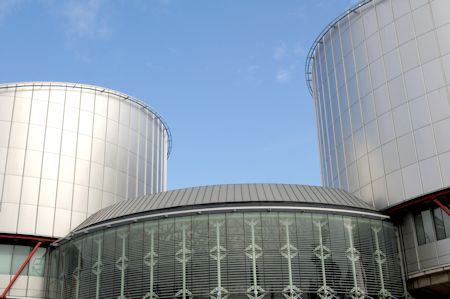 Michelle Farrell is a lecturer in law in the School of Law and Social Justice at the University of Liverpool.

Wouldn’t a rich political discussion about human rights in the UK be nice?  Watching and listening to the refreshing and inclusive Scottish referendum debates over the past months and weeks, this thought has passed through my mind on several occasions.

The European Convention on Human Rights and, indeed, the 1998 Human Rights Act are assumedly codified in the interest of individuals – for the protection of individual human rights. There is a chasm, however, in the relationship between the human rights-enforcing institutions – the Strasbourg Court, for example – and the particular localities, communities or individuals that rights allegedly safeguard or empower. At least, so it seems to me. I’m intrigued: do human rights make a difference in the UK? Are human rights viewed as relevant by individuals at the local level?

Human rights today – but not tomorrow?

Driven by the Conservative party, the future of UK human rights law is in question. According to Teresa May, in a 2013 speech, the next Conservative manifesto will promise to scrap the Human Rights Act.

This year’s Conservative European Election Manifesto did not beat about the bush on the question of repeal of the Act and of curtailing Strasbourg’s influence.  And the press has interpreted the clearing out of less rights-sceptical Conservatives, such as Dominic Grieve, from prominent Cabinet roles to the backbenches, as indicative of or even a step toward fulfilling the promise of repeal.

Conservative objections lie in what is seen as a departure in the case law from the original intentions of the drafters of the Convention (the Convention was established as a reaction to Nazism, not to allow an overly active judiciary in Strasbourg to tell liberal member states how to legislate or to govern, so the story goes). Conservative disdain is also grounded in recent decisions of both the Supreme Court and the European Court on such issues as whole life sentences and prisoner voting.

The Lib Dems certainly don’t share the Conservative party’s position; rather they continue to support the Human Rights Act. But that hardly matters. Labour are less easy to pin down on their human rights policy. It must be assumed, however, that, whilst criticism and scepticism may exist in the party, overall, as the heralds of the Human Rights Act in the first place, Labour will continue to support it.

With a battle over rights looming and with changes to the current scheme potentially to come further down the track, it seems that an informed political debate about the effects, the utility and the benefits, if any, of rights is needed. However, the debate on the future of UK human rights law seems to be largely cornered in the political and judicial institutions.

What does get through is mediated in a press that, in some sections, is entirely disdainful or misrepresentative of rights and, in other sections, is often celebratory and rarely critical of rights. The question begs, what is public opinion and what influences this opinion?

Rights in the UK Media: Reality and Representation

With all this in mind, on Friday, 19 September, the Human Rights and International Law Unit of the School of Law and Social Justice will host a one day seminar exploring the representation of human rights in the media in the UK. The motivation behind the seminar is to provide an opportunity to think about the gap between the European and UK institutions and the experience of rights on the ground.

For those interested in the programme or in the contemporary discourse on human rights from this perspective should contact me at Michelle.Farrell@liverpool.ac.uk