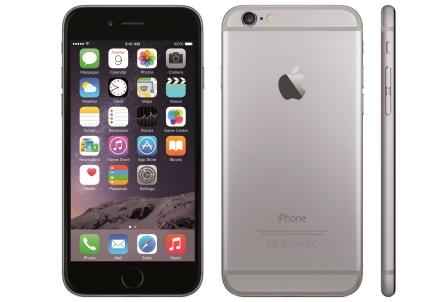 Dr Terry Payne, from the University’s Department of Computer Science, lectures on the Mobile Computing module which teaches students the programming skills needed to develop the next generation of mobile devices.

“The iPhone has always been iconic: the first generation iPhone (2007) redefined the notion of “SmartPhone” and paved the way for a new era of personal devices; and the app store changed the way apps could be added on the go.

Even the Retina Display on the iPhone 4 (2010) raised the bar, and today no self-respecting phone would be without such a high resolution display.  The iPhone has truly revolutionised the relationship between people and their devices, and in turn the field of Computer Science.

Tasks as diverse as reading news, keeping in touch and sharing experiences with friends, and tracking daily activity have transformed the way we use computers.

For the last five years, we’ve taught Mobile Computing (COMP327) at the University of Liverpool’s Computer Science Department with a focus on iOS programming, and during that time have witnessed a paradigm shift in the way people use, and develop software for these devices.  And the new iPhone 6 arguably brings with it the most significant changes to date.

But first – the phone itself.  At 4.7 inches, the display is noticeably bigger, comfortably supporting an additional row of apps on the home screen (the display is 1334 x 750 pixels, up from 1136 x 640 with the iPhone 5), without feeling cluttered, and with many apps, the increase in real-estate is noticeable.

It feels bigger, but not uncomfortably so; the rounded edges and thin design (just 6.9mm thick) mean that this sleek device sits comfortably in the hand – although at that thickness, care is needed not to bend it out of shape!

Reaching the top of the screen with the thumb a bit of a stretch, but little touches such as the ability to double tap the home button to temporarily move the screen down, and positioning the power button on the side definitely help here.

From a usability perspective, the iPhone 6 doesn’t disappoint.  Apps are fast and responsive thanks to the new A8 processor, and there are many new features in iOS8 that enhance the whole experience.  Improvements to Siri (Apple’s personal intelligent assistant) mean that the range of tasks it can do has grown, and the speech recognition system now converts words into text as you speak.

And for those who still believe that phones should also make phone calls, the audio quality is even higher thanks to voice over LTE (VoLTE), or if the phone connection is weak, calls being routed via Wifi.

Furthermore, storage size has been improved; the 16Gb in the entry level model is still available, but feels limited, especially as the iLife and iWork suite of apps are now included.  The 64Gb and 128Gb models offer much better storage and are definitely recommended.

It is the changes that also come with iOS 8 that make Mobile Computing interesting.  The new M8 motion co-processor offloads management of the iPhone’s compass, gyroscope, accelerometer and the new barometer sensor from the main A8 processor, allowing fitness apps to track user activity (including counting flights of stairs) even when the phone is asleep, whilst saving battery life.

The new support for different size screens in addition to interface storyboarding has changed the way Computer Scientists have to think about designing apps that exploit the space available on different iPhone displays. Furthermore, the inclusion of the HealthKit and HomeKit APIs now mean that the iPhone is better positioned for the “Internet of Things” revolution, where new apps can be used to connect to a plethora of home and fitness devices (from smart thermostats to internet enabled bathroom scales), changing the way we interact with our environment.

But it is possibly the way Apple have expanded the way mobile payments can be made, with the inclusion of NFC (near field communications) as part of their new contactless mobile wallet payment system, Apple Pay.

Expected to roll out in the US in October this year, there are no announcements as to when this will be available in the UK, but given that Apple are working with both Visa and Mastercard on this, as well as using the touch sensor on the Home key to validate the user, many believe this will revolutionise shopping and commerce in the high street.

HealthKit and Apple Pay will also be significant in the much anticipated Apple Watch, expected in 2015.  Designed as a companion to the iPhone, the new Apple Watch provides a personal touch to Apple’s eco-system, providing better ways of tracking activity (including sleep patterns) with a plethora of sensors, including a heart rate sensor and a newly designed interface activated through its Digital Crown.

Gone are the days when Computer Science seemed to be just about Databases and Web Sites; Mobile Computing, with the new generation of devices such as Apples iPhone 6 and the much anticipated Apple Watch is now about how technology touches ever more our day lives.”