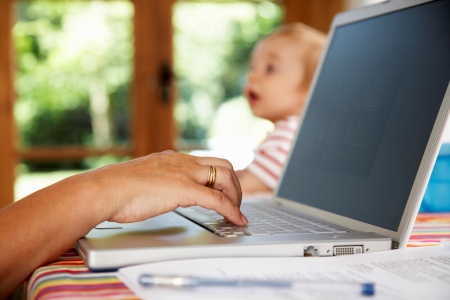 Dr Laura Radcliffe, is a Lecturer in Organisational Behaviour at the University of Liverpool Management School.

“It was meant to be a new dawn. Since June 30 this year all UK employees have been granted the right to request flexible working. It is clearly an important step in the battle to achieve some form of balance between our work and non-work lives, but it looks like being a tricky battle. Research still shows that there are gaps between the idealised outcomes and realities of flexible working.

Persistent gender stereotypes are affecting those who make use of the new entitlements and there is also a stigmatisation of those employees who try to take advantage of the policies on offer. There is also evidence that flexible working can actually lead to an increased workload and the inability to “switch off” from work.

This raises the question of how flexible working actually affects the balance between work and non-work life, and what it means in our day-to-day lives.

My recent research project sought to explore the impact of flexible working on the daily experiences of dual-earner couples by asking these couples to keep daily diaries over a month. I was interested in particular in how flexible working affected conflicts between work and family life.

Findings revealed that the question of who has access to flexible working within the couples had an important impact on how daily work-family conflicts were experienced and resolved.

When women worked flexibly but their male partners did not, they actually experienced an increase in demands from the home. In these cases, women tended to assume the majority of duties related to home and family, while their male partners tended to be excused from such responsibilities and therefore shielded from the daily experiences of conflict between work and family demands.

It was also evident that some of the women in the study were reluctant to share family responsibilities with their partners – for some women, maintaining a “maternal role” remains an important part of how they view themselves and they may feel a sense of failure if they do not retain full responsibility for all elements of this role. They may also simply be accustomed to carrying out these responsibilities, leaving less opportunity for their partner to be involved. Either way, this research shows that where women work more flexibly than their partner, flexible working can help perpetuate traditional gender divisions.

However, in cases where men had more flexible jobs than their female partners, women remained highly involved in the resolution of daily work-family conflicts, even when they were unable to resolve the conflict themselves directly.

Those men whose partners worked flexibly often failed to report incidents of work-family conflict, there were no conflicts recorded in a male’s diary that were not at least mentioned in their partner’s diary. This was still the case for those females whose partners had substantially greater flexibility at work than they themselves had access to.

While a woman with flexible working arrangements might to some extent shield their partners from the experience of daily work-family conflicts, this does not necessarily work in reverse, but rather leads to greater equality and sharing of family responsibilities within these couples.

The research suggests that when women have more flexibility about the hours they work it is more likely to perpetuate the gender stereotype that they are more inclined – and more accustomed – to being primarily responsible for home-related tasks, rather than allowing their partners to help. This can lead to an intensification of responsibilities for women and often an increase in work-family conflict.

Meanwhile when it is men who are able to be more flexible about their working arrangements it can help couples achieve greater equality in terms of managing family responsibilities.

So if flexible working and other “family-friendly” policies are to have the desired effects, encouraging men to take up this opportunity is very important. There needs to be a conscious move away from maintaining the usual female focus in policy implementation. Human resource professionals and managers alike need to encourage all employees, regardless of gender, to achieve a genuine balance between their work and non-work responsibilities if flexibility is to be truly beneficial to employees and families.

We just have to wait and see whether the new legislation will have the desired impact. It certainly seems a step in the right direction, but the question remains as to whether people’s traditional ideas of their gender roles have been sufficiently eroded to allow us all to take full advantage of this new legislation in a way that it might have a positive impact on our work-life balance.”

This article was originally published on The Conversation.
Read the original article or visit the University of Liverpool Management School website.

Further reading
More University of Liverpool articles from the Conversation