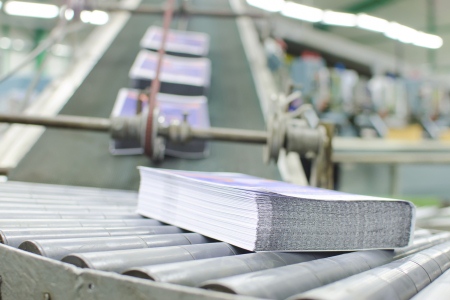 Gillian Rudd is Professor of English Literature in the Department of English.

“A novel written in an invented “shadow tongue” to give the feel of Early Middle English has a place on the shortlist for the Goldsmiths book prize for innovative fiction. But the odd style isn’t why Paul Kingsnorth’s The Wake is being talked about. Instead, it’s his publisher, Unbound, a site that uses crowdfunding to get books published.

It’s getting harder to whip up original comments on the Booker list so it’s a shame that Kingsnorth’s novel didn’t reach the Booker shortlist (though it was longlisted for this pinnacle of prizes). As the literary world gears up to the announcement of the winner on October 14, we’re treated to some old chestnuts: that too many are first novels; the place (or lack of) of genre fiction or funny books; books trying too hard, or not hard enough; the virtue of long books over short books. All these hobby-horses have been trotted out, hitched to the appropriate short-listed book: Jacobson’s J ticks the genre box, while Ferris (one of two Americans on the list) provides the comedy with To Rise Again At A Decent Hour.

The lack of place for Kingsnorth’s novel on this list allowed Booker and its commentators to dodge what should surely be this year’s hot topic: crowd-funded publication.

Kingsnorth’s achievement is especially marked and raises some interesting questions. With Unbound, anyone can decide to fund the publication of a book – in print. Its crowdfunding basis challenges the assertion that e-readers are killing paper books. Unbound also redefines the notion that publishing houses must follow the crowd in order to secure sales. With all books on its list, the crowd must materialise before the book is printed. And materialise they do.

Browsing Unbound’s website is thought-provoking. It’s a right old mix of serious-minded books on current politics and policies, books responding to current anxieties in comic vein, or gleefully reflecting current obsessions – tabloids, sex, down-at-heel seaside towns, government policies gone awry, ecological crises. To my surprise, there are even some well-established voices such as Penelope Leach. Is she so far out of favour that no traditional publisher will produce her, or is she here because she likes the idea? It doesn’t really matter either way.

Unbound poses a challenge to Booker, which presents itself as the bastion of high new fiction. In a blog, Marina Warner mentions a question she received from a friend about becoming part of the “canon-formation” machine when she was invited to chair the Booker Prize Committee for 2015. Certainly, each year the committee comes in for at least as much scrutiny as the shortlisted novels and novelists.

The judges are supposed to represent a range of interested parties, from academics, to writers, to educated readers. They are entrusted with carrying a beacon for the quality novel, stemming the flood of the sub-standard stuff we all like to decry for packing the shelves at railway stations and airports or, now, ready-downloaded on Kindle. Unbound influences the kinds of book available in a different way, offering us the chance to put our money where our reading is.

At Unbound it is we, the aspirant reader, who is the funder. It is we who read (or ignore) the author’s pitch or watch their video, and then decide which, if any, we wish to support. This process seems to shake off the shackles of habit, of publishers having to find the next sure-fire best-seller, which all too often looks like the one before. Could Unbound free both writers and readers?

Unlike Booker’s arcane rules for selection, Unbound is demystified. But while their list of potential projects is eclectic, it’s not without filter: the upper echelons of Unbound make an initial selection from the many proposals sent in. The process here is a bit like publishers deciding which book to send to the Booker committee, who then present a longlist and then shortlist to the public.

In addition, while the first impression (forgive the pun) that opening donations to anyone who cares to subscribe is incredibly democratic, I’m sure that in practice the list of funders will come to mirror the literary coteries of previous generations, or of current academic festschrift. The apparently totally spontaneous group of pledgers will gradually develop into identifiable groups of previous funders who may be seen to share an interest in certain types of books, or topics. Finally they will become a kind of judging panel tailored for each book.

But all such ventures are going to have teething problems. And the ethos behind Unbound is both admirable and invigorating. It demonstrates that there are a growing number of alternatives to the hegemony of the literary prize panel and traditional publishing houses. There are different ways for serious and engaged readers to determine both what is published and what is remembered.”

Find out more about studying English on the University’s Study pages.