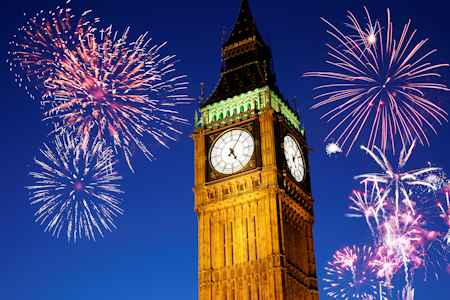 Dr. Harald E. Braun is a Senior Lecturer in European History (1300-1700) in the University’s Department of History.

“Remember, remember, the fifth of November…….

Every year on 5 November, we remember and celebrate that on that date in 1605, King James and his parliament were saved from political assassination by a group of terrorists.

We celebrate Englishness.  We also celebrate intolerance, the persecution of a religious minority, and political extremism on the part of English government.

During the trial following the arrest of the perpetrators, the prosecuting counsel assured the jury that the deviousness and depravity of the unsuccessful plotters – today, we might refer to them as Catholic political activists or Catholic terrorists – was rooted in their faith.

The trial and government propaganda gave the majority of English non-Catholics a lasting sense that being English would never go together with being Catholic, and that King and country remained in mortal danger from future conspiracies.

In their righteousness and extremism, prosecution and government were matched by the conspirators. King James I had sorely disappointed the hopes of English Catholics – neither abolishing the penal laws that Elizabeth I and her parliamentarians had aimed against Catholics, nor even curbing the zeal with which they were enforced.

The quiet loyalty to the crown practised by the vast majority of English Catholics was simply ignored. Against this background, Catesby, Fawkes and their fellow conspirators persuaded themselves that they were left with no option but political assassination and mass murder, and that they acted on behalf of their community.

While the plotters were put to gruesome deaths, they are hardly the victims in this sorry tale. Fawkes had served in the Spanish army, and the plotters had repeatedly sought Spanish support for their plans.

This was deemed sufficient evidence to claim that England and the monarchy had been the target of a papist and continental conspiracy and that all English Catholics had to be regarded as fifth columnists.The fact that the Spanish crown had refused to support the plot did not matter.

The voices of the many Catholics in England who still wanted nothing else for themselves and their children but to live quietly and obey the law, already ignored by the plotters, were drowned out by the noise of the government propaganda machine.

Repression and prejudice would blight the lives of English Catholics for generations. Only in 2001, parliament decided that the monarch could marry a Catholic and still keep the throne.

When suspicion erodes trust and when being a member of a faith community triggers suspicion and counts as an act of disloyalty or terrorism in itself, only the extremists and political gamblers thrive on either side. Everyone else loses.”