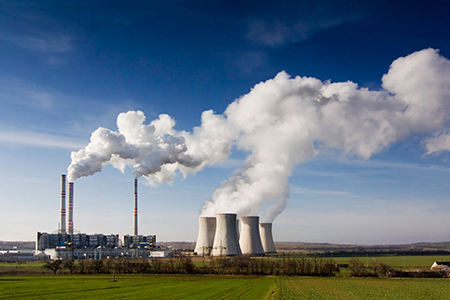 Research by the University of Liverpool has identified, for the first time, how global warming is related to the amount of carbon emitted.

A team of researchers from the Universities of Liverpool, Southampton and Bristol have derived the first theoretical equation to demonstrate that global warming is a direct result of the build-up of carbon emissions since the late 1800s when man-made carbon emissions began. The results are in accord with previous data from climate models.

The results show every million-million tonnes of carbon emitted will generate one degree Celsius of global warming. They also show that the build-up of carbon emitted over the last 200 years will then last for many centuries to millennia even if carbon emissions are subsequently phased out.

The results also reveal that surface warming is related to the total amount of carbon emitted from fossil fuels, with little change over time as ocean carbon and changes in heat uptake almost cancel each other out.

Professor Ric Williams, Chair in Ocean Sciences at the University of Liverpool’s School of Environmental Sciences, said: “Given the complexity of the climate system, it was a surprise to find out how simple the relationship is between global warming and how much carbon we emit.
“The ocean turns out to be crucial by taking up both heat and carbon, which lead to nearly compensating effects in how surface warming depends on carbon emissions.”