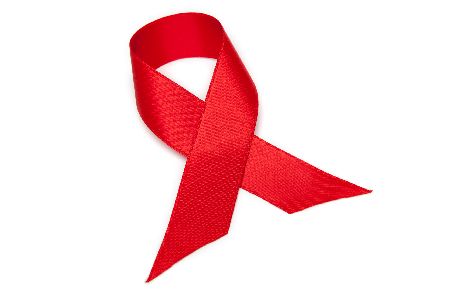 HIV-1 can evolve to adapt to and evade the human immune system, which is diverse and unique to each individual

Professor Bill Paxton is a researcher in the Institute of Infection and Global Health and focuses on improving understanding of the transmission and disease progression of HIV-1.

Another world AIDS day has been and gone and the research field has been buoyed by some encouraging news. According to a newly published study led by researchers at the University of Oxford, HIV-1 becomes less infectious as it adapts to the human immune system at the population level. So does this mean HIV-1 is on the wane?

It is well known in nature that the most pathogenic viruses are not necessarily the most prevalent. For example, with a bad flu you retreat to bed halting its spread. HIV-1 is different as it may not present an initial indication of infection.  Many individuals don’t know they are HIV-1 positive until years after infection by which time they have infected others.

The human immune system is diverse and unique to each individual. This diversity has provided each of us with a unique protective footprint. As we here at the Institute of Infection and Global Health and others have shown, there is a complex interplay between the virus and the host that drives viral evolution.

HIV-1 can evolve to adapt to, hence evade, our immune systems. From studying groups of individuals, matched for their immune footprint, from two African cities, Gaborone and Durban, the Oxford research group has shown that those from the city where the virus has been prevalent longer (Gaborone), HIV-1 loads are lower with CD4 counts higher.

The conclusions being that the virus, adjusting to the immune pressures placed upon it, has become a weaker virus. This obviously has implications and would indicate that over time HIV-1 can become less pathogenic and likely result in lower transmissions and slower disease. There is precedent here, ie some HIV-1 subtypes are more pathogenic than others and HIV-2, a related but distant virus to HIV-1, infection is less severe than that with HIV-1.

Similarly, in monkeys some species have learnt to live with SIV (the simian HIV-1 counterpart) with the indication that over time the virus and host have adapted to coexist. The paper also indicates that if it may be possible to mimic this effect with antiretroviral therapy thereby speeding up the adaptive process.

A number of reports have indicated further successes with the concept of pre-exposure prophylaxis (antiretroviral medication prior to exposure) as a means to curtailing infection. This approach, if well targeted, could have a major effect on lowering HIV-1 transmission rates within those individuals at highest risk of infection. The most obvious groups would be commercial sex workers, discordant couples and those where sexual practises provide the highest risk of transmission.

Although this news is encouraging there are some difficult questions to address. Will transmission rates of other sexually transmitted diseases increase? Will these infections negate the positive effects observed? Morally, how much can be spent on treating people HIV-1 negative when those individuals HIV-1 positive are not being treated? Will the use of these drugs provide for the emergence of drug resistant strains of HIV-1? All these questions need answering and will in all likelihood cause public health officials significant headaches for some time to come.

The above points, although encouraging, should not mask the fact that we are still living in a world severely affected by HIV-1. Although transmission rates are in general declining year on year, they are still too high. This is seen most evidently in high risk communities where transmission rates are not declining as would predicted from the use of effective antiretroviral therapies. At the end of the day a vaccine is ultimately required and this should remain the main and continuing goal of HIV-1 prevention.