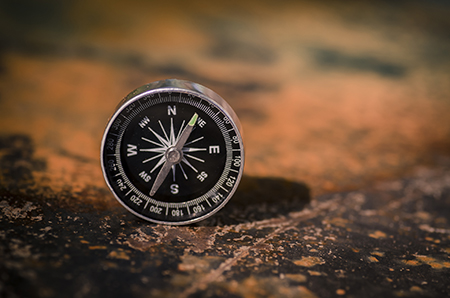 “This summer the headlines have been dominated by talk of independence and latterly greater devolution away from Westminster.

But whilst Scotland, the Referendum, and post-referendum debate continues to fill column inches, these debates aren’t limited to North of the border. Indeed, whilst Scots have been lavished with policies, and promises and pledges this autumn Northern England has been subject to its own charm offensive.

First came the proposals for HS3 – the next round of extensions for the country’s high speed rail network – mooted before HS2 has even truly departed. Linking five of the UK’s ‘core cities’ (Leeds, Liverpool, Manchester, Newcastle, and Sheffield) the plans propose to put an end to a longstanding northern anomaly: that it takes two hours to get to London, but over three hours to get to Newcastle, despite being some 50 miles closer.

Rail-travel is not the only area getting attention where, in and amongst the proposals for improving the UK’s road infrastructure announced this week, the Government have outlined plans to widen the trans-Pennine M62 – one of the major northern road corridors – as well as improving the A1(M) towards Newcastle.

Whilst travel infrastructure is one thing, we stand on the cusp of what may be another shift in the civic governance of our cities. Announced last month, and formalised in Wednesday’s Autumn Statement, plans are now afoot to reinforce the earlier plans for Combined Authorities with a directly elected mayor and other initiatives including retaining a greater share of business rates.

Manchester, a longstanding test-bed for governance initiatives, will once again be first to experience the scheme, with Leeds and Sheffield expected to follow, and Liverpool expressing a keen interest in following suit.

The new-improved Combined Authority will have greater control over transport and housing budgets, which beyond the changes to rates, in essence represents no significant extra shift of powers from what came before.

”Whilst they were once prosperous, the UK cities had to sit by whilst London pressed on under successive governments, with per capita transport spending in the capital alone outstripping spending in some areas of the North more than 500 times over”

The real difference comes in the pan-authority directly elected mayor, intended to add democratic legitimacy and, perhaps, avoid the sorts of squabbles previously seen over who might take charge. Yet given that Manchester was one of the cities that roundly rejected proposals for a directly elected mayor back in 2012, there also remain questions as to how the democratic will of the people is respected, and represented.

The real test will be whether these proposals will finally allow the core cities to move away from their entrenched reliance on central government funding – with roughly a quarter of local revenue being raised by council taxes and the like.

Given that most commentators agree there will be further, and deeper, austerity measures ahead, only by being economically robust – and being to retain the spoils of that robustness – will cities be in a position to prosper in the longer term.

Although the proposals for a ‘Northern Powerhouse’ have been largely welcomed, it is not unreasonable to ask ‘why now?’

Whilst they were once prosperous, the UK cities had to sit by whilst London pressed on under successive governments, with per capita transport spending in the capital alone outstripping spending in some areas of the North more than 500 times over. This question seems especially pertinent given frequent analysis suggests that Northern cities will bear a greater brunt of the austerity programme.

National investment outside the South East?

Are these recent developments representative of a government that recognises the reality of a deepening north/south divide, and is actively setting about doing something about it? Equally, while London’s continued success is virtually unparalled, is the consensus shifting that national investment cannot be poured solely in to the South East of the country?

At the mischievous end of the scale, following a gripping summer of debate about independence, and where some in the Northern cities began to think aloud about whether their interests were best served by Westminster, we can ask if these new measures represent attempt to quell those fires, as part of the post-referendum settlement?

Whilst this spate of attention that is currently being lavished upon the North should be seen as encouraging, the developments should be viewed with mild caution. Although the road plans will likely be realised, HS3 remains only an outline plan for now.

Whilst it might be some years before we see the Northern cities truly combined to form an economic powerhouse that can rival London, improving the infrastructure that links them is a logical first step. Importantly, however, this should be followed with continuing support to strength the city authorities to be able to prosper independently of Westminster, and it remains to be seen whether these recent shifts will allow them to do that.”