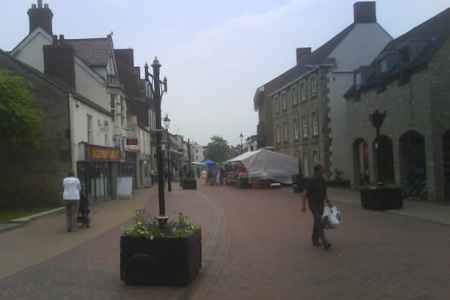 Emma Curtin from the University’s School of Architecture comments:

“The government’s announcement that Bicester in Oxfordshire will be the site of a second new garden city, with plans for large-scale investment in housing and infrastructure should be exciting news.

But I have a more than niggling doubt that the Coalition’s new garden cities risk perpetuating damaging patterns of development without addressing the pressing problems of affordability, quality and sustainability.

Garden cities were conceived at the end of the 19th Century by Ebeneezer Howard in response to overcrowded industrial towns.

Lower densities and green space were fundamental to the concept, as well as excellent infrastructure connecting neighbourhoods and cities and, crucially, a green belt around the edges.

In the early 20th century Howard tested his idea in Letchworth and Welwyn garden cities. Later, the concept inspired both private and social housing estates around the country.

As with any popular idea there are many examples where only part of the concept was applied. For example Wythenshawe in Manchester is built around garden city principles with comfortable houses separated by green space and trees.

But built, as it is, away from the city centre its historically poor public transport connections, may be one of the reasons the suburb has faced many challenges including those around employment. This is a mistake that must not be replicated in the new garden city experiment.

I can’t help feeling that the concept might be popular with the coalition because the word “garden” conjures up images of nature which make building cities more politically acceptable. It is reassuring that the site proposed is brownfield land because building on green-belt land should only be allowed in exceptional circumstances.

It’s important to avoid a slash-and-burn approach to development where a short term market-led gain is prioritised over the long term pain of lost rural landscapes and further agony for future generations if the development later proves unpopular or unsustainable and is ultimately abandoned.

I recognise there is a need for housing in Oxfordshire – and reports that the lack of affordable housing is threatening local economic growth are convincing. But such a major project ought to take a long-term and national view of these problems.

Lessons from the North

The UK’s northern cities grew at a rapid pace in the 19th and 20th centuries expanding into open country in response to market demands. Changes in the market left an oversupply of housing and vast areas of unoccupied brownfield land and vacant buildings. Like the opposite problem in Oxfordshire, this inhibits the economic growth of these towns.

To leave brownfield sites and empty homes to waste and build again on open countryside would be a concern. It is not exaggerating to say that Liverpool could probably house the population of the proposed Bicester garden city. Of course, these two problems don’t come together to provide any simple short-term solution. But any long-term view ought to consider this bigger picture of housing needs across the UK.

We have seen from the success of Media City in Salford that investing in northern cities and creating opportunities can attract people to move location. A sustainable increase of the population and opportunities in the North has the potential to relieve problems locally and further afield.

It is notable that the recent scheme by Urbed, which won the Wolfson Prize, to design a new garden city proposed limited growth on greenfield sites to a number of existing towns and cities rather than starting from scratch. This begins to address the complex national picture.

The housing problems in Oxfordshire need to be taken seriously. But will a garden city with market housing really solve the problems? Other measures should simultaneously be explored to protect existing affordable housing – and any new housing will need to be made genuinely affordable in perpetuity to address the issue.

Where the difficult decision is taken to begin new developments on this scale they should be exemplary projects. This is especially so when public sector land is being made available.

The RIBA Homewise campaign recently showed that new-build homes are not perceived as desirable. So, the quality of houses being built must also be made a priority. And, if the government is going to make land available, then the opportunity to increase the option of self-provided housing should be considered too.

Currently the UK lags behind most of Europe and the US in the delivery of self-builds. A major obstacle to this for individuals and groups is access to land. So if land is being made available for development then this is another opportunity not to be missed.

Before I can get excited about the government’s latest housing proposal I need convincing that the Bicester Garden City will be an exemplar and that it fits in to a coherent national policy on housing and urban regeneration.”