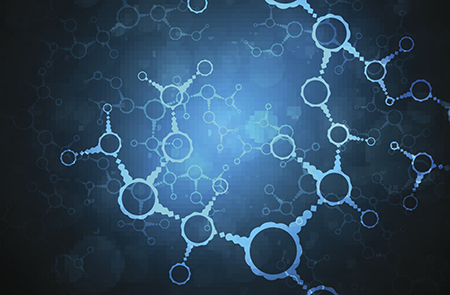 A Liverpool group is one of 11 from across the country to be selected by NHS England to take part in a world-leading project to tackle the genetic causes of cancer and rare diseases.

The Liverpool-based North West Coast NHS Genomic Medicine Centre is a partnership led by Liverpool Women’s Hospital which, through Liverpool Health Partners, involves the University of Liverpool and several other NHS Trusts from the region.

The Centre will help deliver the ‘100,000 Genomes Project‘, a three-year project launched by the Prime Minister which will transform diagnosis and treatment for patients with cancer and rare diseases.

The initiative involves collecting and decoding 100,000 human genomes – complete sets of people’s genes – that will enable scientists and doctors to understand more about specific conditions. Some participating patients will benefit because a conclusive diagnosis can be reached for a rare and inherited disease more quickly, or because a treatment for cancer can be targeted at the particular genetic change that is present in the cancer.

”The 100,000 Genomes Project not only represents a transformational change for the NHS for the delivery of clinical care, but will also lead to exciting new research opportunities”

But for a number of patients, the benefit will be in the improvement in knowledge of the influence of genetics on disease and how it is expressed in an individual; how other people can be helped with similar diseases in the future; and how different tests can be developed to detect changes beyond the genome.

Professor Munir Pirmohamed, Head of the University’s Department of Molecular and Clinical Pharmacology, said: “The 100,000 Genomes Project not only represents a transformational change for the NHS for the delivery of clinical care, but will also lead to exciting new research opportunities.

“The framework created by LHP, through the formation of the North West Coast Genomics Healthcare Alliance, will enable us to develop new genetic diagnostics, and use expertise in personalised medicine in Liverpool, to develop better medicines for the future.”

Angela Douglas, Scientific Director for Genetics at Liverpool Women’s NHS Foundation Trust and Chair of the British Society for Genetic Medicine (BSGM), said: “The project has the potential to transform the future of healthcare. It could improve the prediction and prevention of disease, enable new and more precise diagnostic tests, and allow personalisation of drugs and other treatments to specific genetic variants.”

The 11 designated Genomic Medicine Centres (GMCs) are based across the country, covering areas including North West Coast (Merseyside), Greater Manchester, Oxford, Birmingham and the West Midlands, Southampton, Cambridge and the East of England, Exeter and the South West Peninsula, and the North East.