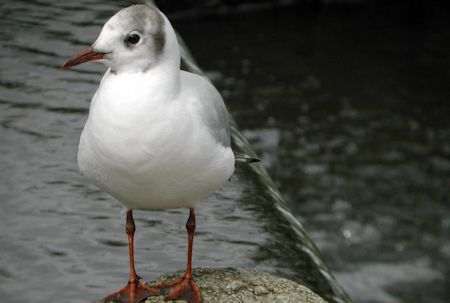 Black-headed gulls choose food most likely to be found in their immediate environment, with birds in urban areas selecting less ‘natural’ foods than their rural counterparts, according to a study by the University of Liverpool.

Researchers studied the feeding habits of black-headed gulls at 11 sites along a 41km stretch of the Merseyside coastline, from Liverpool to Southport, over the course of a month.

They found a preference for a ‘natural’ food source – in this case sprats – decreased as urbanicity increased, with only 5% of the birds in urban areas choosing fish compared with 80% at rural sites.

The study found that the gulls’ food preference – whether that was man-made or natural sources – did not change during the month of study, supporting the idea that gulls do not move between habitats during winter.

The fixing of a gull’s diet due to site fidelity may have implications known as ecological traps; the inability of birds and other animals to respond to rapid environmental change and in recognising and consuming natural foods which may contain important nutrients not found in from anthropogenic foods.

Dr Jonathan Green, from the University’s School of Environmental Sciences, said: “People think of gulls as pests in the urban environment, but urban breeding and foraging areas have become really important sites for these highly intelligent and adaptable species which are otherwise in decline.

“Our work shows the importance of conserving natural food supplies, as ultimately these will provide more stable and sustainable habitats for these birds. These results came out of two undergraduate student projects and we are really proud of the hard work they put in and these very interesting findings.”

The research is published in Bird Study.