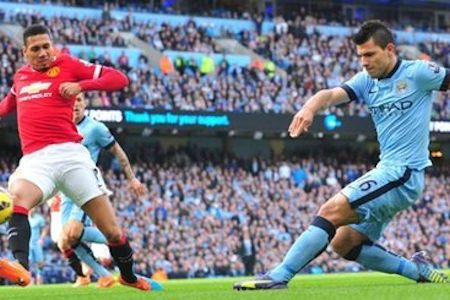 Under the new deal, the Premier League will generate £5.1 billion over 3 years starting in 2016

In 1983 Liverpool FC signed one of the highest paid players in England, at the time he was earning about £1,400 a week from his former club.

The new Premier League TV deal announced earlier this week could herald the first £500,000 a week player. This will be an increase of nearly 36,000%, where at the same time average wages in the UK have increased by 345%, and retail prices by 308%

Under the terms of the new deal, the Premier League will generate £5.1 billion over three years starting in 2016, an increase of 70% compared to ‘just’ £3 billion for the current deal. If split evenly, this equates to about a £35 million increase per club per season.

Fans have wondered if some of these riches could come their way in the form of lower ticket prices to watch matches. A quick calculation reveals that clubs could reduce ticket prices by £25 per fan per match, and still keep half of just the increase in the TV income to invest in their teams.

However there is little chance of this arising, with matches selling out nearly every week at current price levels. Average attendances at Premier League games are over 36,000 per match, and if people are prepared to watch at current price levels, club owners are not going to make matches cheaper for spectators.

The current average Premier League wage is £31,000 per week, although those at the top end earn far more than this. If the increase in the TV money from domestic rights is passed onto players, the average will increase to £58,000 a week. This will mean that it will take the average worker in the UK 116 weeks to earn what a footballer earns in one week.

Football is big business, but even with these riches, the Premier League clubs made a collective loss of over £200 million for the last season (2013) we have full figures. The main reason for this is player costs, for every £100 earned by a Premier League club, £71 is paid out in wages. (It’s even worse in the Championship, where £106 in wages is paid out for every £100 received).

People have queried how Sky and BT can afford to pay so much money for the football deal. In the case of Sky, they had little choice. Football is the main reason why people subscribe (there’s little benefit paying a lot of money to watch repeats of Friends and The Simpsons).

The Premier League were very clever in selling the rights, using a blind auction approach in which each bidder effectively put in a bid in an envelope for the seven TV slots that were available. Rumours that ESPN and BeIn Sports (part of the Qatari owned Al Jazeera group) were in the bidding process meant that Sky decided to bid significantly more than was forecast, for fear of losing their most prestigious product.

Sky will recoup their investment through subscription rates, although it is questionable how much more viewers will be prepared to pay. When Sky first charged for the Premier League rights in 1993, it cost £60 a year to watch football, today that cost has risen to £552, and if you want it in HD, that rises to £615.

Compared to the cost of a TV licence at £145.50, Sky already is very expensive, but with ten million households receiving Sky (although not all for the Sport package), a lot of people are prepared to pay for a chance to see Gary Neville talk each week.

However viewing figures vary considerably, last season just over 200,000 people watched West Ham v Crystal Palace on Sky, hardly surprising given the reputed styles of football favoured by the antichrists of the beautiful game in the shape of ‘Big’ Sam Allardyce and Tony Pulis, whereas nearly 3 million watched Chelsea play Manchester United. To put these figures in context, Downton Abbey is usually watched by about 9 million viewers.

For BT football is a defensive strategy, they were concerned about losing some of their core business in the form of broadband services to Sky, and so have fought back by offering football at no charge to existing broadband customers. BT can easily afford their share of the deal (just less than £1 billion over the three years), as evidenced by them announcing that they are buying the mobile phone operator EE for over £12 billion the previous week.

The money train doesn’t stop there. On top of the domestic rights for Premier League the overseas rights are shortly out for tender, and with increasing interest in the game globally, especially in Asia, there could be another bumper pay day for clubs, players and their agents. Expect demand for Bentley cars, gated mock-Edwardian homes with indoor swimming pools, and people qualifying to appear in ‘The Real Housewives of Cheshire’ to rocket.