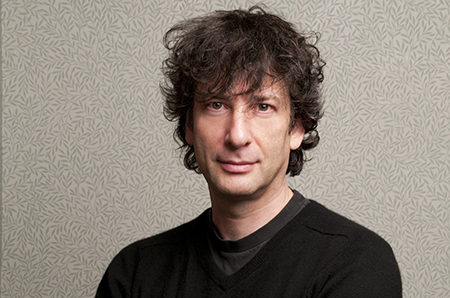 Writer, Neil Gaiman will officially launch the University of Liverpool’s Centre for New and International Writing in front of a thousand strong audience at his sold-out lecture.

The man behind The Sandman, Stardust and Coraline says he is “hugely excited the tickets have sold like hot cakes”, adding: “I’m just looking forward to seeing everyone”.

Now an Honorary Visiting Professor at the Centre – alongside Charley’s War author, Pat Mills – Neil Gaiman will read excerpts from his new work , and enjoy the freedom of an informal atmosphere to be as spontaneous as possible.

Neil said: “This one is going to be off the cuff, mostly because I will have done a couple of formal talks before coming up to Liverpool, including the Douglas Adams Memorial Lecture on March 3.

“Right now, I’m fascinated by the relationship between people and stories, and how fiction is one of the longest-lasting man-made things there is.

“I’m always aware that what I’m working with is a tradition that stretches all the way back.”

Neil’s work in higher education began in a “peculiarly sideways, crab-like motion” as teaching at writers workshops expanded into full professorships at top US Universities.

”I would say that young writers don’t really have to worry very much and should probably concentrate on writing and reading everything. The biggest problem is there is so much good stuff out there but so many people are trying to reinvent the wheel.”

Speaking from his home in Menomonie, Wisconsin where he has lived with wife, Amanda Palmer since 1992, Neil said: “I really enjoy my work teaching young, smart, engaging minds.

“It’s also the weirdness of looking around and thinking, I do know stuff and that I’ve spent 30 years accumulating this information. It’s lovely and I’ve learnt so much.”

Neil’s talk will mark the official launch of the University’s Centre for New and International Writing. The Centre will be a focal point for the study of contemporary and international literatures, for creative writing, and new writing in its many manifestations. It includes writers Horatio Clare, Professor Deryn Rees-Jones, Dr Alexandra Harris and Dr Sandeep Parmar among its faculty.

Following his talk, Neil will deliver a workshop with students, giving them the opportunity to ask questions and learn more from a writer experiencing success across many different formats, from literature to graphic novels, as well as the big and small screen.

Describing his professional life as like “being in a sweetshop, and my job is to get my fist into as many of these sweet jars as I can before they open the doors”, Neil says he “relishes the freedom” of not being tied down to any one format or genre.

He added: “Nobody has a clue what’s going to happen over the next three years in publishing and distribution, and that includes me.

“From that point of view, I would say that young writers don’t really have to worry very much and should probably concentrate on writing and reading everything.

“I would say the biggest problem is there is so much good stuff out there but so many people are trying to reinvent the wheel.”