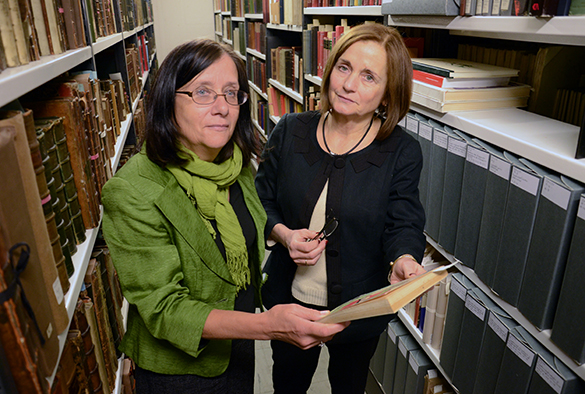 The life and work of Basque nationalist, Manuel Irujo de Ollo will be celebrated at an event commemorating the University of Liverpool’s role as the only UK institution offering Basque Studies as a research-led subject.

The one day seminar, entitled Manuel Irujo and 20th Century Basque Politics, on March 9, will assess his huge impact and offer an opportunity to discuss his legacy, including the Manuel Irujo Collection donated to the University by the Irujo family.

Professor Chris Harris, Acting Head of the University’s School of Histories, Languages and Cultures said: “These are very proud moments for Liverpool.

“Manuel Irujo de Ollo is an emblematic figure of social justice in Basque and Spanish history; the Sydney Jones Library has his personal library, and in 2014-15 Professor Xabier Irujo joined us as the inaugural holder of the Manuel Irujo Visiting Professorship in Basque Studies, a post which is fully funded by the Basque Cultural Institute/Etxepare Euskal Institutua.”

The packed programme features visiting academics, including Aurora Madaula from the Universitat de Barcelona; and the London School of Economics’ Irati Agirreazkuenaga; as well as Aritz Ipina and Aritz Onaindia, both from the University of the Basque Country, who will discuss, respectively, Francoist purges in the region and its subsequent transition to democracy.

The event has been organised by the Centre’s full-time researcher, Dr Gorka Mercero Altzugarai and Professor Xabier Irujo, Co-Director of the Centre for Basque Studies at the University of Nevada, Reno and current recipient of the University’s unique Manuel Irujo Visiting Fellowship in Basque Studies.

”The value of these publications as a source for research is exceptional, but their historical value is immense. The University has now become the home of this heritage and has the potential to become the focus of Basque Studies in Europe.”

Professor Irujo said: “The collections of Manuel Irujo contain nearly 400 books and pamphlets, and 117 periodicals relating to Basque politics, language and culture. The value of these publications as a source for research is exceptional, but their historical value is immense.

“When Spanish police entered Manuel Irujo’s grandfather’s home to loot in 1838, the official police report read ‘There is nothing of value; only books…’ That is how the Irujo library was preserved after five long wars and four dictatorships.

“The University of Liverpool has now become the home of this historical heritage and has the potential to become the focus of Basque Studies in Europe.”

A second international seminar, entitled An End to the Basque Conflict? takes place in Liverpool on March 26, and features former President of the Basque Country, Dr Juan Jose Ibarretxe.

Dr Ibarretxe will deliver a lecture discussing the region’s emergence from political, social and cultural difficulty to high placings in international rankings for a variety of measures; including healthcare, education and income per capita.

Professor Irujo added: “These significant achievements in terms of academic productivity have only been possible due to the dynamism and remarkable prospects of the Basque Program in Liverpool, and the hard work of the people at the Etxepare Institute.”

Manuel Irujo and 20th Century Basque Politics takes place in the University of Liverpool’s Lecture Room 1, 8 Abercromby Square on Monday March 9 between 10am and 4pm. It is open to anyone who would like to attend.

For more information on this and the March 26 seminar, please visit: http://www.liv.ac.uk/modern-languages-and-cultures/hispanic-and-latin-american-studies/basque/manuel-de-irujo-and-20th-century-basque-politics/