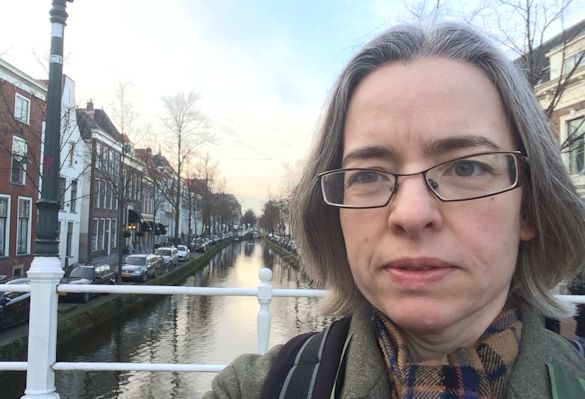 By Dr Louise Dennis in the University’s Department of Computer Science:

“I have been visiting Technische Universiteit Delft in the Netherlands to discuss my work with Koen Hindriks and Birna van Riemsdijk who are part of their Intelligent Systems group.

The Intelligent Systems group have developed a programming language called GOAL which allows you to program a software ‘agent’ in terms of its mental states – its beliefs and goals – and, in particular, allows the program to have mental models of the other agents and people that it encounters.

We believe that mental models will be important in several ways for programming autonomous systems.

When a robotic system interacts with people, it needs to be able to understand what that person is trying to achieve and what information that person is aware of.

We’re trying to integrate the GOAL programming language with our own framework for verifying the behaviour of autonomous systems in order to verify autonomous agents that have mental models of the people around them.

This is part of my work for the University’s Centre for Autonomous Systems Technology (CAST).   CAST was formed in the anticipation that autonomous systems, such as driverless cars and robotic home healthcare assistants will become part of our lives in the near future, but that the development of such systems didn’t just raise questions for computer scientists but also  for engineers since the two disciplines must collaborate to effectively build such systems.

Their study is also important for lawyers, psychologists and philosophers since such systems will impact on the way we live our lives and our understanding of a range of issues from legal liability, to the nature of ethical behaviour, to how we can feel safe around such machines.

CAST is therefore an interdisciplinary research centre which brings together researchers from across the university including experts in computer science, engineering, electrical engineering & electronics, philosophy, psychology and law.

CAST researchers are involved in research on a wide range of issues from the development of autonomous software and hardware, such as creating intelligent sensors and machine learning; techniques for assessing the reliability and safety of such systems; understanding how humans and autonomous systems can work together on tasks as well as applying this research to applications in aerospace, industrial robotics and robotic systems in the home.

My visit to Delft was a great success and I have been invited to make a return visit in the autumn in order to continue with our work on the use of GOAL programs in autonomous systems and their verification.”