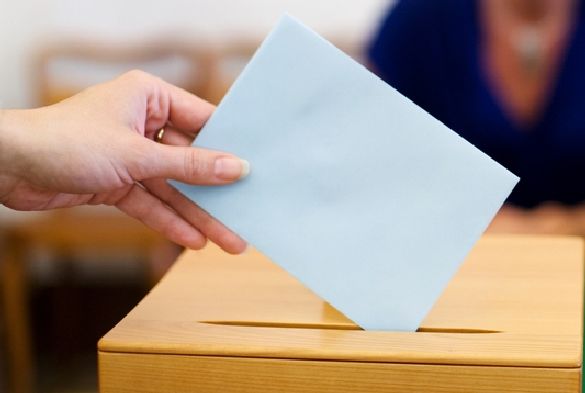 Dr Paul Hepburn, is from the University of Liverpool’s Management School and part of the Heseltine Institute for Public Policy and Practice

“Whatever the outcome of the forthcoming General Election, local politics, certainly in the north of England, will remain dominated by the prospect of devolution and continued austerity in public finances. These issues confront northern city regions with the challenge of governing more with less to achieve greater economic and political resilience.

Deploying a smart city strategy to exploit improvements in information and communication technologies is one way of enabling effective, efficient and inclusive city region governance. However, this is a complex policy agenda at the best of times and for northern cities grappling with austerity these are far from the best of times.

One option, taken by a number of local authorities, is to outsource the problem to one of the many global ICT companies now specialising in smart city solutions. This has attracted criticism for generally ploughing the same furrow that failed to deliver the local economic and democratic benefits that were hoped for from the first wave of smart governance, the e-government agenda.

This furrow was largely characterised by its adherence to the New Public Management (NPM) model that has dominated the delivery of public services for over twenty years. Put simply, this sees public services as a marketable product to be delivered, by a range of providers, to service users who are generally viewed as passive consumers. This view framed the role of new technology which, certainly in the first wave of e-government, was largely to automate delivery of services. It is an outlook that eschews the wider democratic and economic potentials of the new digital media.

There is cause for optimism though; triggered by a palpable change that is taking place in local government culture. This shift, evident for a number of years but accelerated by austerity, can be seen in the growing appetite amongst many local public managers and politicians for new ways of delivering public services.

What we see now is local government starting to experiment with a variety of new ways of delivering their services. Innovation is apparent in the Co-operative Councils network which currently involves 23 councils from across the UK. Liverpool is a member and has piloted an alternative model for delivering adult social care. Sharing similar ideals is Kirklees Council whose Comoodle model aims to use new digital media to sustain the local economy.   What is common to these councils is how their use of digital media is informed by an approach to delivering public services that is rooted in a ‘public values’ management perspective.

According to the RSA’s Commission on 2020 Public Services, “public services should explicitly be judged by the extent to which they help citizens, families and communities to achieve the social outcomes they desire”. This is a very different approach to the NPM model as it is involves a pursuit, by public managers, of values beyond efficiencies and in doing so public services are seen less as a product with associated delivery goals but more of a process that can open up the possibility of negotiated, democratically determined social and economic outcomes.

This implies a more robust role for local government as guarantor of public value to ensure the close and active involvement of service users in the design and delivery of local services. This is central to the innovations that the Co-operative Councils are conducting and co-production of services with service users is prominent here. It also touches upon something of fundamental importance to a healthy democracy, first observed by De Tocqueville in eighteenth-century America and more recently by Robert Putnam; local people collectively resolving local problems.

Here, the effective delivery of public services is dependent upon a collaborative, inclusive process that is likely to involve a range of agencies along with service users and enables wider relational benefits that the co-production literature bears testimony to. Crucially, it is also a way of delivering public services that map easily onto the profound information and communication opportunities afforded by 21St century digital technology.

The new approach is congruent with the facilities of the technology: for delivering an effective information management culture, one that shares appropriate information to empower collaboration between diverse professionals and service users but also sees wider value in opening up public data for local economic exploitation; for enabling a more transparent and accountable local political culture, and; for re-connecting an otherwise disengaged citizenry to the political and civic process.

It is also a way of delivering public services that plays to the strengths of local IT vendors and digital apps companies. These tend to be SMEs, often start-ups, poorly capitalised but rich in innovative, bespoke and flexible ICT solutions that, importantly in the age of austerity, do not tie local government into expensive long-term contracts. In doing business with these companies local government can help cultivate and sustain a local digital economy that is widely seen as central to developing prosperous cities.

In short a ‘public value’ approach to service delivery is more likely to usher in smart governance that can lever in the local democratic and economic opportunities long associated with digital media but which local government has not yet fully grasped.