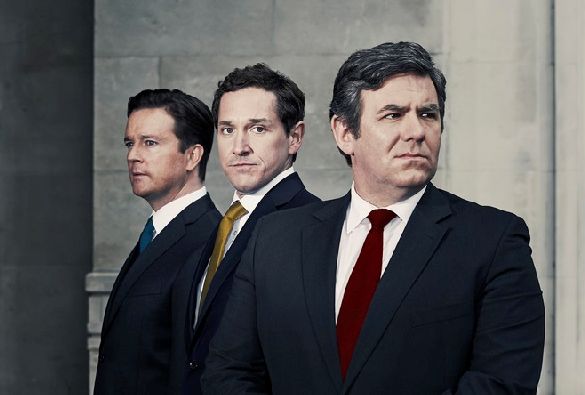 “Reviews of Coalition, Channel 4’s drama-documentary which recounted the coalition negotiations that followed the 2010 election “based on extensive research”, have generally been good. Radio Times called it “funny, absorbing and moving”. Writing for the Guardian, Lucy Mangan described it as “gripping and moving”, despite being very sceptical at the start. In The Conversation, Steven Fielding produced a broadly positive review.

I’m afraid my own view was rather less enthusiastic. Coalition was watchable and contained some insights into the May 2010 process which were valuable – notably the recognition that none of the players fully understood the value of the bargaining chips they held or the kinds of deals that might be possible with skillful negotiation. But overall I found it to be an unsatisfying reconstruction for several substantial reasons.

An initial impression, which never really departed, was the leading actors’ lack of resemblance to the well-known characters they were playing. Of course, the bar has been set high by Michael Sheen’s remarkable Blair in The Deal and The Queen, but several comparable political docudramas have been much more successful than Coalition in producing such credible resemblances.

This is by no means merely a matter of physical appearance. The acting must also feel right. The best examples in other political docudramas inhabit the character, their voice and mannerisms, and this can overcome physical differences. As long ago as 1991, Thatcher: The Final Days achieved this not only with Sylvia Sims’s Thatcher but with much of her cabinet.

I scarcely ever felt this in watching Coalition – Mark Dexter’s Cameron and Mark Gatiss’s remarkable Mandelson probably came closest. But it was particularly difficult to believe in Bertie Carvel’s Clegg, and having to ask myself “who is that supposed to be again?” throughout became aggravating.

Another reason for dissatisfaction was the approach taken in dramatising these events. Alvin Lee once said that “the news of today will be the movies of tomorrow”. So it proved here. The acting styles were too mannered and the lighting too perfect to generate any sense that we were watching a representation of real life, however “real” the events on which Coalition was based may prove to have been.

This was political negotiation recast as melodrama and, consequently, it was difficult to suspend one’s disbelief. If Clegg emerged as the “hero” (despite giving away most of his party’s principles), it was because the imposed narrative demanded one. Better, surely, to acknowledge that the real narratives of politics are nowhere near as tidy, just as their actual appearance is nowhere near as slick as was suggested here.

Indeed there were moments which recalled, for me, the Comic Strip’s Strike!, in which the 1984-85 miners’ strike is retold as if the story had been rewritten to suit the needs of Hollywood. Coalition is far worthier in intent and much more accurate, of course, but its look and acting styles brought the comparison to mind nonetheless.

My final, rather dispiriting, concern was the sealed-off nature of the world depicted in Coalition. In creating a hung parliament, we’re told, “the people have spoken”. But we never saw nor heard from them; they appear to have been written out of this narrative altogether.

Instead, we were given what appeared to be a great game with no greater consequence for its players than that their team should win or lose. Perhaps this is how many of the dramatis personae viewed it at the time, but the consequences of this parlour game have been played out in the lives of many of the nation’s citizens, sometimes to devastating effect.

It would have been reassuring to see at least one of the characters step beyond the focus on party advantage and reflect on the potentially life-changing issues that are at stake for the rest of the country – the very audience for whom the docudrama was made. Perhaps it was simply safer to avoid actual politics in the name of maintaining a sense of political balance.

Disappointing though it was as a document of those heady post-election days, Coalition was worth watching as a drama, offering plenty of intrigue and careful pacing and, above all, a marvellous performance by Gatiss as Mandelson. Blessed with many of the best lines, he inhabited his character with a credibility which most of the other players lacked, stealing every scene he was in.

But overall, I found Coalition to be one hell of a missed opportunity. It could have offered real insight into politicians and the political process, which would have been invaluable so close to another election. But for a docudrama, it was simply too slickly theatrical to offer much documentary value.”

The article was originally published in The Conversation.