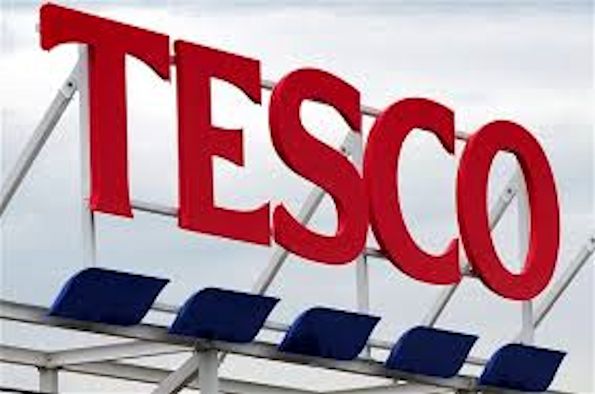 “Only a few years ago the newspaper headlines were proclaiming that one pound in seven was being spent at Tesco.

They have now just announced a pre-tax loss of £6.4 billion for 2014/15, compared to a profit a year ago of £2.2 billion. Even though the stockmarket had braced itself for bad news, this was far worse than expected, and the share price took a further tumble.

What has happened in the last few years has been a textbook case of a company that took its previous success for granted, and has paid a heavy price as a result.

There have been three things that have changed significantly in this period, competitors, customer habits, and the accuracy of its accounts.

Tesco seemed to have the perfect position in the market. It had a reputation for low pricing, and reasonable quality. Of the big four supermarket chains, Sainsbury had lost its way in terms of logistics, and was also seen as expensive. Asda was downmarket and had perceived quality issues, Morrison’s was concentrated in the North of England.

All Tesco had to do to make more money was open more and more, and bigger and bigger, stores, and watch the money roll in, so that’s what it did.

However, during the last few years, discount supermarkets such as Aldi and Lidl were offering the same groceries, of a comparable quality, but at much lower prices. As the recession bit into the UK it wasn’t just the impoverished who shopped more and more at these stores, but also the middle classes.

Aldi won the Which? Magazine best supermarket award in 2012, and repeated the feat in 2013. Its reputation grew as Tesco’s was falling, due to consumers becoming lost in Tesco’s ever increasingly large stores, and question marks arose over the quality of its own label goods, as well as fresh fruit and vegetables.

The market share of Aldi and Lidl rose from just over 3% in 2007 to nearly 11% by the end of 2014, and a lot of their new customers were previously at Tesco.

Tesco announced a drop in sales of 3% in the last year. This might not sound significant, but Tesco’s business model is based on making a little bit of profit per item on a large amount of sales. It suffers from a lot of fixed costs in its stores (rent, lighting, insurance and so on) which don’t fall in relation to those sales, and so a small decrease in the volume of sales causes a much greater decrease in profits.

The other thing that has changed in the last few years is customer behaviour. The concept of the ‘family weekly shop’ no longer applies as much as it used to. Increasing numbers of consumers shop more frequently than before, want to travel less far, and prioritise convenience over the number of goods available instore.

Whilst Tesco has been successful in this area with its Tesco Metro and Tesco Express stores, it still has the problem of what to do with its megastores, that sold everything from electricals to garden equipment, but consumers still associated it with baked beans and frozen pizza.

Tesco therefore have looked at the value of their stores, and realised that they have paid too much for their existing stores, so have reduced their values by nearly £3.8 billion. They have also abandoned plans to complete building 49 new stores, at a further cost of nearly £1 billion.

Undercut on price, Tesco was also slow to react to the rise of internet grocery shopping. Whilst it then poured huge sums into this venture, the goodwill generated by the Guardianista to the likes of Ocado was not repeated towards Tesco.

Incomplete orders, unusual swapped items for those out of stock, and the lack of chic of having a Tesco van pull up outside your front door meant that this market was a struggle for the company.

Company accounts are as much art as science. There are lots of numbers in the profit and loss account that involve ‘management estimates and judgement’. The auditors normally keep an eye on things, and attempt to rein in the worst excesses in this area. However in the summer of 2014 Tesco had gone too far and admitted to an accounting error in which they had overstated profits by £263 million. Heads rolled, the board had huge amounts of egg on face, and the share price fell.

As it had already incurred such significant costs in 2014/15, Tesco decided to throw in a few more. It effectively added some extra layers of bad news to those already given to the market. The thinking here is that by giving out all the bad news at once, the results in future years will look good by comparison.

Tesco therefore has thrown in some extra losses in relation to its ventures in China (£630 million), garden centre venture Dobbies (£116 million), internet streaming business BlinkBox (£41 million, a relatively small sum compared to many of the others quoted, but every little helps), as well as a redundancy program estimated to cost £300 million.

If you ignore all of these non-recurring (or so Tesco hopes) costs, then the company actually made a profit of over £1 billion in 2014/15, far lower than the previous year, but still a substantial sum.

There will be some who cheer the troubles of Tesco, who don’t like the power of large organisations, be they supermarkets, banks or manufacturers and this is understandable to a degree. However, Tesco employees over half a million full and part time employees, of which more than 300,000 of whom are based in the UK.

Anyone with a pension is effectively a part owner in the company too, as all the pension and insurance companies own substantial numbers of shares in Tesco.”