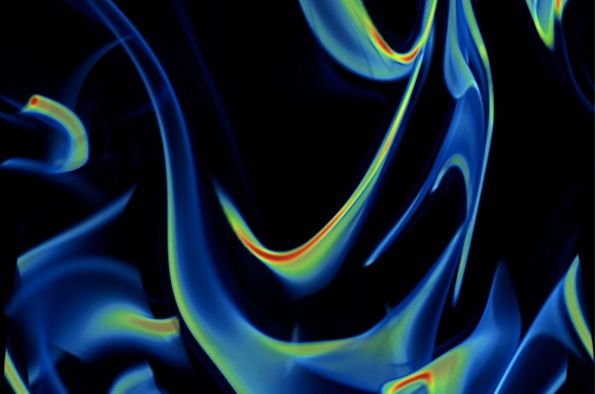 Researchers from the University of Liverpool have used mathematical equations to shed new light on how flowing fluid hinders the movement of bacteria in their search for food.

Many bacteria are mobile and inhabit a variety of dynamic fluid environments: from turbulent oceans to medical devices such as catheters.

Mathematicians from the Universities of Liverpool and Manchester developed a new set of equations to study how flowing fluid affected the movement of bacteria and how the swimming behaviour of the bacteria themselves affected their travel.

Bacteria can change their swimming direction when they encounter a chemical cue which allows them to move towards preferable environments and away from harmful chemicals.

Since the first attempts at classifying bacteria in the 17th century, shape has been an important feature, yet it is still not fully understood how shape affects the ability of bacteria to navigate their environments.

The equations showed, in regions where there are strong gradients in the fluid velocity (high shear), that the majority of slender bacteria (rod-shaped bacteria), but not spherical bacteria, swim in the same direction in which the fluid is flowing.

This means that slender bacteria get trapped in these high shear regions because it is too difficult for them to swim against the direction of the flow.

Dr Rachel Bearon, from the Department of Mathematical Sciences and lead author on the paper, said: “Our findings build on recent and surprising research which found that moving water impeded bacteria movement, which isn’t what you would expect.

“Using a new set of mathematical equations we were able to show that this happened because of the interplay between swimming behaviour, bacterial shape, and fluid dynamics.

“These findings could have implications for nutrient acquisition in marine microbial ecosystems and also for the formation of biofilms formed in medical devices, as high shear is typically found at walls.”

The study, published in Journal of Fluid Mechanics Rapids, further explains recent research by   Massachusetts Institute of Technology (MIT) scientists which found that fluid flow reduces the ability of microbes to chase food and helps microbes to find surfaces.