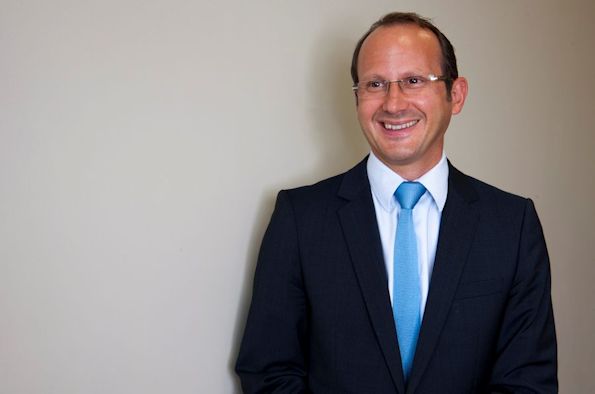 Professor Peter Kinderman, Head of the University’s Institute of Psychology, Health and Society, has been elected as President of the British Psychological Society (BPS) for 2016-7.

The announcement was made at the BPS Annual Conference which is being held in Liverpool this week.   He will serve a year as President Elect while Professor Hacker Hughes is President.

A Clinical Psychologist, Professor Kinderman’s research interests are the psychological processes underpinning wellbeing and mental health, and in particular psychotic phenomena such as delusions and hallucinations.

He said: “I’m delighted and honoured to have been chosen to serve as President of the Society, I would like to thank all those who voted for me, and I am hugely grateful to Dr Helen Nicholas and Professor Tanya Byron for proposing and seconding me.

“This is a massive privilege and I will do all I can, during my term of office, to ensure that psychological science and practice contribute effectively to our shared goal of enhancing society and improving psychological health and well-being.”

Professor Kinderman has published widely on the role of psychological factors as mediators between biological, social and circumstantial factors in mental health and wellbeing.

He is also interested in the application of such psychological science to public policy, having worked with the UK Department of Health, the Health Professions Council, the European Union Fundamental Rights Agency and the UK Office for National Statistics, amongst others.

Professor Kinderman is passionate about bringing the best of psychological science and practice to the general public. He has worked with media organisations, including helping to design the ‘Headroom’ project for the BBC and hosting a two-part Horizon programme on mental health and diagnosis

He has recently launched a free, online, open-access course exploring our understanding of mental health and wellbeing and published ‘A Prescription for Psychiatry’, which presents his vision for the future of mental health services for a general public readership.