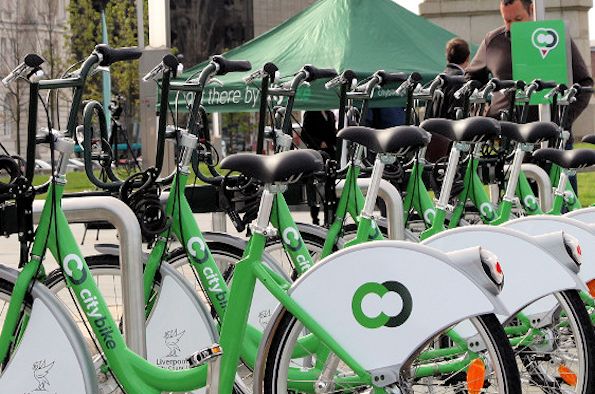 John Farrell is a PhD candidate in the Department of Geography and Planning. Prior to starting his PhD, he completed the MA Town and Regional Planning in the Planning department at the University.

“For my Masters dissertation, which centred on the barriers to mass cycling in Liverpool, I received a lot of feedback for the City Bike scheme in the city, which celebrated its first anniversary earlier this month.

“There was much optimism in the cycling community of the possible benefits that it would have on the levels of participation in Liverpool, and this buoyancy appears to have been well founded.

“In the one year since the scheme was founded, users have clocked up over 300,000 miles and bikes hired over 55,000 times, an incredible feat for such a young scheme.

The most successful cycle scheme outside London

“Such figures have made it the most successful cycle scheme in the country outside of London, and it is hoped that the popularity of the bikes will further increase over the next year.

“Challenges still exist within Liverpool, with cycling accounting for just 1% of commute traffic in the city. My research found that there are still key barriers to mass cycling being the norm in Liverpool, with lack of infrastructure and safety being cited as deterrents.

“Whilst this is still the case, City Bike can be viewed as a positive first step from the council to promote cycling as a mainstream transport choice.”

2 thoughts on “Viewpoint: The City Bike scheme: a game changer in Liverpool?”