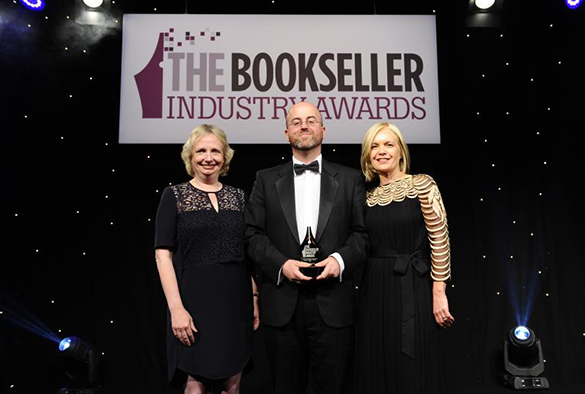 Liverpool University Press picked up its a second major award of 2015 when it was named Independent Academic, Educational and Professional Publisher of the Year at the Bookseller Industry Awards.

The accolade comes just two months after the publisher scooped the Academic and Professional Publisher of the Year title at the 2015 Independent Publishing Awards.

Liverpool University Press (LUP) Managing Director, Anthony Cond said: “This success is a testament to a brilliant and dedicated team, a spirit of partnership with colleagues across the campus and some outstanding authors and editors publishing under the Liverpool imprimatur.”

The recognition follows what is regarded as being the best year in the press’ 115-year history. The last twelve months has seen the launch of several publishing innovations in collaboration with University departments and libraries, including the open access platform Modern Languages Open and the JISC-funded, institution as e-textbook creator project.

Congratulating LUP, the Bookseller Industry Awards judges said: “Oxford and Cambridge are the names most commonly associated with university publishing in the UK but Liverpool shows there is a lot to admire beyond the collegiate titans.

“This is a publisher that relishes a challenge.”