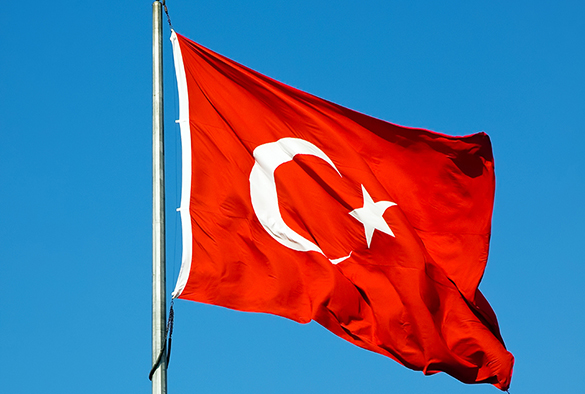 Dr Firat Cengiz is a Senior Lecturer in law and a Marie Curie fellow at Liverpool Law School, part of University of Liverpool’s School of Law and Social Justice.

Turkey held the 25th general parliamentary elections of the Republic on 7 June. None of political parties achieved the parliamentary majority to form a single party government. It is uncertain whether a coalition government will be formed between any of the parties in the short future. Early elections are on the cards if a government cannot be formed within 45 days after the new parliament is convened. Markets are in turmoil and Turkish lira hit a record low against the USD.

Yet, half of the electorate, and particularly Kurdish citizens, have been out on the streets to celebrate political uncertainty. During the last thirteen years of single party AKP (Justice and Development Party) governments Turkey has learned the hard lesson that political and economic stability sometimes comes with too high a cost on political diversity and fundamental rights and freedoms.

The Kurdish HDP (People’s Democracy Party) emerged as the clear victor of the elections. The party went through the elections with a national candidate list, rather than independent candidates in the Kurdish region where the party is the strongest. Receiving 13% of the vote, the HDP is expected to have 80 seats in the parliament. Pre-election opinion polls had predicted the HDP to receive votes just above or below the 10% national election threshold. Yet, the HDP singlehandedly spelt an end to single party AKP governments.

The results show that the HDP attracted votes also from Turkey’s left-wing voters outside the Kurdish region. The party is well positioned to become Turkey’s main left-wing opposition in the future and it can provide much-needed political outlet for Turkey’s marginalised dynamic young population with its inclusionary all-embracing discourse. In his victory speech, the HDP co-leader, Selahattin Demirtaş made it clear that this indeed is the objective of the party and that the party has a responsibility towards voters all around the country.

”For those who witnessed the brutal arrest of Leyla Zana and four other members of the Kurdish DTP in 1994, the HDP’s electoral success and its general appeal to the electorate is a long-standing dream accomplished”

For those who witnessed the brutal arrest of Leyla Zana and four other members of the Kurdish DTP (Democratic Society Party) in 1994 for being members of a terrorist organisation, the HDP’s electoral success and its general appeal to the electorate is a long-standing dream accomplished. It shows that Turkey’s marginalised opposition voted on the basis of issues, setting nationalistic tendencies aside.

Gezi Protests against the AKP government that have continued all over Turkey sporadically since the summer of 2013 provided a platform for Turks and Kurds frustrated with the government’s authoritarianism to build a strong loyalty bound. Arguably, this is directly reflected in the 7 June elections. This also implies that despite the AKP government’s polarising hostile electoral discourse, social conditions are ripe for the resolution of Turkey’s long-standing Kurdish issue.

The second victor of the elections is Turkish citizens and their persistent belief in democracy. Grassroots networks of voluntary election witnesses actively involved in the counting of the vote against potential electoral fraud all over the country. With a record 87% election turnout, Turkey’s elections show to the apathetic young voters in Europe that the ballot box is crucial and that it can indeed bring political change.

”With a record 87% election turnout, Turkey’s elections show to the apathetic young voters in Europe that the ballot box is crucial and that it can indeed bring political change”

Although attracting more than 40% of the vote, the AKP appears to be the loser of the elections as the party has lost more than 9% of its previous share of the vote and with it the prospect of forming a single party government. Party leader and current Prime Minister Davutoğlu gave an uninspiring ‘balcony speech’ denying defeat, whereas the President Erdoğan released a written statement, despite his well-known passion for addressing the public after elections.

Erdoğan kept the AKP under close tutelage during the election campaign, although Turkey’s parliamentary democracy required him to stay neutral. AKP’s entire campaign revolved around the prospect of semi-presidential regime that would give Erdoğan extraordinary powers. The election results proved this strategy wrong, as the AKP has lost its parliamentary majority, let alone achieving the super majority to introduce a constitutional change single-handedly. It has been suggested that the party’s leadership is increasingly wary of Erdoğan’s hostile discourse and that the party might distance itself from him in the next parliamentary term.

Once the Parliament is convened, President Erdoğan will give the authority to form a government to the AKP leader Davutoğlu as the leader of the party with the highest number of seats, as is political custom. In their initial reactions to election results, all three opposition parties strongly rejected a potential coalition government with the AKP. Initial reactions also implied that coalition between the three opposition parties excluding the AKP might be a possibility although this would require delicate brokerage between the HDP and its opposite political pole extreme right wing MHP (Nationalist Action Party).

Politics move fast in Turkey. Various possibilities of coalitions and minority governments are discussed in the Turkish media at the moment. Notwithstanding who forms the government, election results promise a sea change for Turkey’s political landscape and those celebrating uncertainty have good reason to do so.

More
The Liverpool View: Turkey – Towards a new dawn for the Kurdish movement? 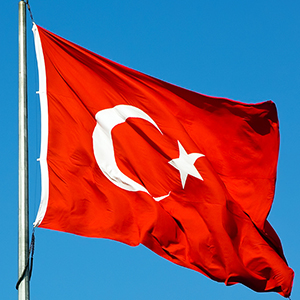