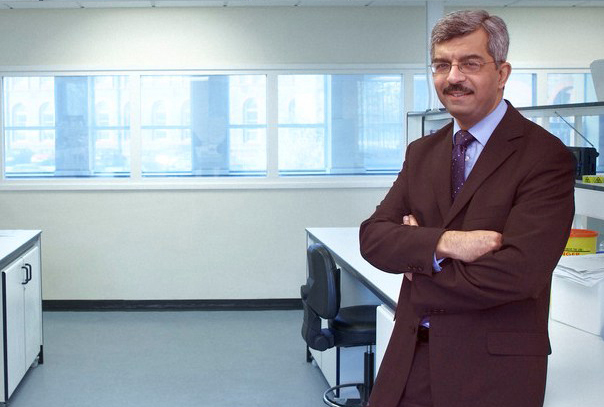 The University of Liverpool’s David Weatherall Chair in Medicine, Professor Munir Pirmohamed, has received a Knights Bachelor in the Queen’s Birthday Honours List 2015.

Professor Pirmohamed, also Consultant Physician at the Royal Liverpool University Hospital, holds the only NHS Chair in Pharmacogenetics in the UK and is Director of the Medical Research Council’s Centre for Drug Safety Sciences. He has been recognised with a knighthood for his services to medicine.

Professor Pirmohamed said: “I am tremendously surprised, but hugely delighted to have received this honour.

“It is a privilege for me to have worked with so many wonderful people and organisations in the UK and beyond, who strive to make a difference to people’s lives by improving how we develop and use medicines.

“This honour not only recognises my work, but also the efforts of the whole team at the University of Liverpool and the Royal Liverpool University Hospital, who work tirelessly to advance the practice of medicine for patient benefit.”

Professor Pirmohamed’s research, which spans the whole spectrum from discovery to implementation, focuses on individual variability in drug response, including anti-cancer drugs, with a view to evaluating the mechanisms and identifying strategies to personalise healthcare.

As Director of the Wolfson Centre for Personalised Medicines at Liverpool, Professor Pirmohamed has pioneered major new initiatives to establish a clinical evidence base for safe and effective medication based on a patient’s unique genetic make-up, age, weight and diet.

Vice-Chancellor, Professor Janet Beer, said: “Munir Pirmohamed is a key contributor to clinical research at the University of Liverpool, but he has also excelled in a national and an international context, both as an individual researcher and in his inspirational leadership roles. This is a truly deserved recognition of his major contributions to medicine.”

Also honoured for services to medicine, is University alumna and Emeritus Professor of Anaesthesia at the Institute of Ageing and Chronic Disease, Jennifer Hunter, who has been awarded an MBE.

Professor Hunter began working at the University as a lecturer in 1977 and was a Professor with the Department of Anaesthesia from 2000-2009.  In addition to her PhD from Liverpool, she holds an MB ChB from the University of St Andrews and was President of the Liverpool Society of Anaesthetists from 2008-2010. 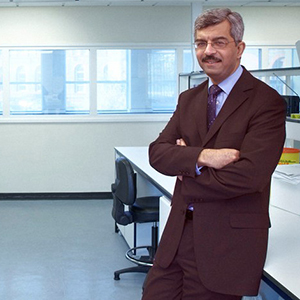